TSG Hoffenheim midfielder and reported Liverpool target Kerem Demirbay is a 'complete midfielder' and has become an irreplaceable part of the club's first team. Fortuna Düsseldorf, where he scored ten goals in the second division when Hoffenheim came knocking at the door of parent club Hamburger SV.

The midfielder signed on the dotted line at the Rhein-Neckar-Arena for £1.5m just months after highly regarded manager Julien Nagelsmann was appointed at the club.

Premier League side Liverpool have most notably been linked with a move​ for Demirbay since the summer, especially since their proposed move for Lyon playmaker Nabil Fekir fell through at the eleventh hour. And Pfannenstiel's recommendation may mean the Reds should sit up and take notice - saying Demirbay's eye for goal makes him a "complete midfielder".

There are five players I rate at Hoffenheim. Nelson, Demirbay, Schulz, Baumann and Joelinton. Safe to say all those that are playing have been excellent so far.

Demirbay is certainly deserving of Pfannenstiel's high praise too. The two-time Borussia Dortmundyouth player has featured in all but one Bundesliga game that he's been injury free for this season, taking his Hoffenheim appearance tally up to 70.

Liverpool scouts have been keeping a close eye on Kerem Demirbay of Hoffenheim according to German reports - he could be another under the radar gem for Liverpool. #LFC pic.twitter.com/jFEm3peJid

The 25-year-old has featured in slightly deeper positions this season, creating space for summer signing Leonardo Bittencourt, while youngster Nadiem Amiri will also be staking a claim for Nagelsmann's first team when he returns from injury. 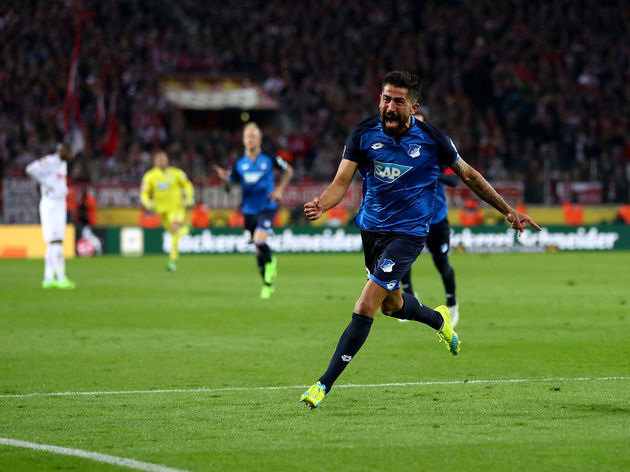