Almiron has caught the eye with his performances in the MLS this season. The Paraguayan has scored 13 goals and recorded 11 assists for Atlanta, and has been attracting attention from European clubs. According to ​The Northern Echo, ​Newcastle have a deal in place for Almiron, but they are waiting for the go ahead from Ashley and managing director Lee Charnley.

Any potential deal for Almiron is made more complicated by ​Ashley's intent to sell the club 'before the January transfer window', as the owner may only sanction cheap purchases as a cost-cutting measure. 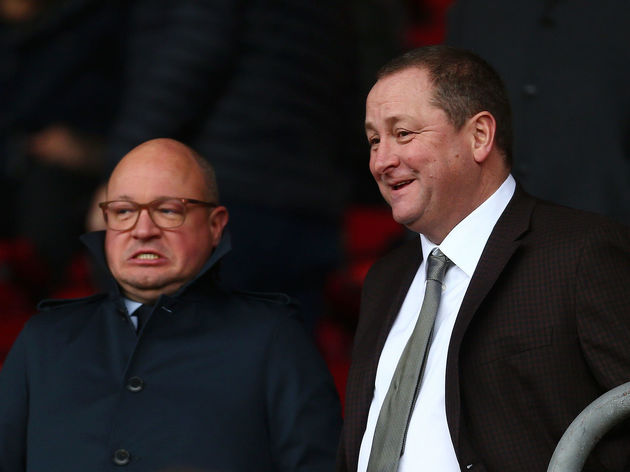 Almiron is valued at around £20m, so any deal Newcastle secure would break their transfer record - which currently stands at the £16m the club paid for Michael Owen in 2005.

The Magpies appear to be in the driving seat for Almiron's signature, as head of recruitment Steve Nickson has already met with the player's representatives, and Almiron's father Ruben believes that '​Newcastle is the one with the advantage' when it comes to signing his son.

Benitez will be desperate for the club to follow through on the deal after a summer of transfer disappointments. He already had to butt heads with the club over the signing of Salomon Rondon, and will be hoping that a prized target doesn't slip through his fingers.

If Ashley is still waiting on a “satisfactory bid”, why on Earth did he go on national TV and say takeover talks “have never been this progressed before”?

Such an odd bloke. A bid hasn’t even been accepted, which tells us we’ve never come anywhere near close to it. #NUFC

Newcastle sit in 15th place in the table, and travel to Huddersfield on Saturday afternoon.