Dortmund vs Werder Bremen Preview: Where to Watch, Kick Off Time, Live Stream and Team News

​Borussia Dortmund host Werder Bremen in the Bundesliga on Saturday afternoon. The league leaders will be looking to continue their impressive start to the season which has seen them remain unbeaten after 14 games, with a seven point lead at the top of the table. Werder Bremen sit in eighth place, only two points off of a European place.

Dortmund enter the match on a high following victory in the Revierderby against Schalke last weekend, and securing top spot in their Champions League group midweek. Bremen overcame Fortuna Dusseldorf in the previous matchday, and will be hoping to make it two wins on the spin in the Westfalenstadion. Centre back Dan-Axel Zagadou has returned to Dortmund training following an ankle injury, but remains a doubt for Saturday's game. The home side have quite the injury list, with Marco Reus, Sebastian Rode, When you begin at a very young age, you're always dreaming of moments like this. Now, debuting in the Champions League is already a reality, but the best, as always, has yet to come. We'll keep working hard!💛🖤 @BVB pic.twitter.com/yN6J0SNwGY

Dortmund look too good to be stopped at the moment, and it looks unlikely that a struggling Bremen side will be the first to beat the league leaders. 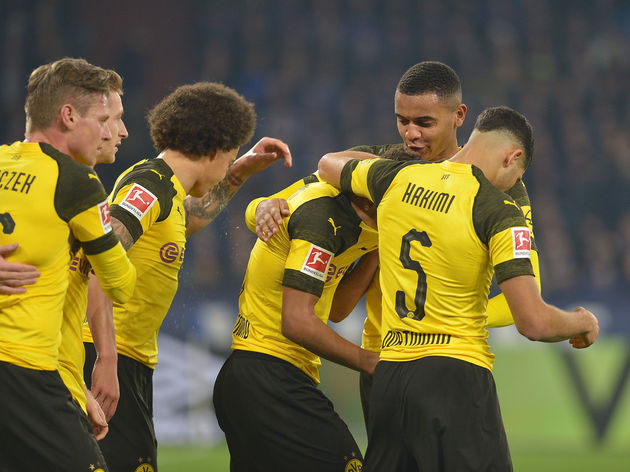 Although Bremen could make it a tricky afternoon for Dortmund, the home side might just have too much for the visitors.