With the halfway point of the season fast approaching, teams will already be turning their attentions to the second half of their campaigns.

A fast start is great and all, but as all serial winners will know, it's how you finish that counts. History is filled with players who, regardless of their initial form, have propelled their sides to victory with a stellar end to the season.

Here are seven players from across Europe you could be that very hero for their clubs in the second half of the 2018/19 campaign. Lionel Messi has been synonymous with Barcelona ever since his arrival onto the scene in 2004, and so far 2018 has been no different - with the Argentine as important as ever to La Blaugrana's fortunes.

However, his injury at the end of October offered a glimpse of Barça without their crown jewel, and who would step up in his absence. Whilst Luis Suarez carried some of the goalscoring burden, and Sergio Busquets and Gerard Pique the leadership mantle, Philippe Coutinho was the closest to filling in for his creative spark.

The Brazilian only has five goals and four assists so far this season, but he's been a constant threat, and with his inaugural appearances in the Champions League knockout stages for the Catalan side coming up, he could become a key figure alongside Messi in their attempts at sealing a famous treble. ​Despite most recently winning the Ballon d'Or, 2018/19 has not been Luka Modric's season. After orchestrating his side to the Champions League trophy in May, and catapulting his country to the World Cup final in July, the Croatian has looked understandably fatigued.

However, the prospect, and now reality, of winning the coveted award - combined with some much needed rest - seems to have perked him out of his slumber.

With some typically wondrous performances now under his belt, don't be surprised to see Modric hit his stride come the new year as Los Blancos' attempts to wrestle back a footing in La Liga, as well as compete for an unprecedented fourth consecutive European title. Much was made of Naby Keita's prolonged move to Liverpool, which was eventually completed this summer for £54m. But, so far, we've only seen the promise in fits and starts from the Guinean, rather than a sustained run of form.

The 23-year-old can only get better, and with Jurgen Klopp's side facing a pivotal second half of the season. With their best chance at Premier League glory in years, the squad will be utilised more and more - while Keita could be the one to emerges as a key influence. Following his surprise omission from Germany's World Cup squad for Russia 2018, Leroy Sane had a difficult start to the season. Lending further credence to the notion that issues with his attitude were at the heart of Joachim Low's decision, Pep Guardiola barely called upon the 22-year-old in the initial stages, handing him minimal cameos.

However, with the message loud and clear, Sane has returned to the fold and shown signs of his PFA Young Player of the Year form once again. He now has eight goals and nine assists from 21 appearances across all competitions, and could very well become Manchester City's hero as they seek to retain their domestic crown and garner a new continental one. 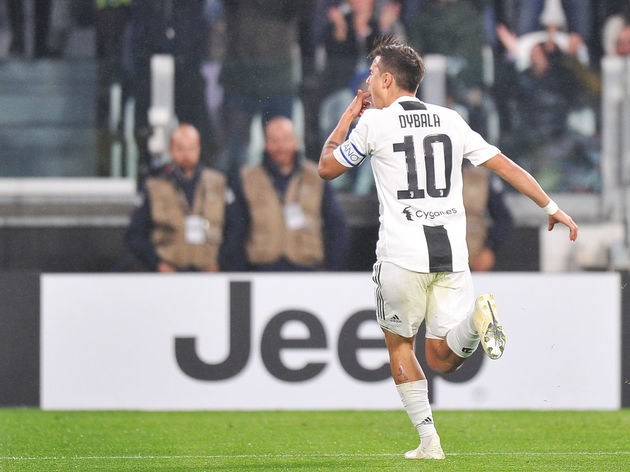 Ever since Cristiano Ronaldo arrived in Turin, Paulo Dybala has become the accommodating younger brother to the five-time Ballon d'Or winner, and rightly so. After three years of bearing almost all the burden of Juventus' hopes of anything other than domestic domination, this was undoubtedly a welcome break.

However, though Ronaldo was clearly brought in for the very section of the season that is nearly upon us, don't be surprised to see a rejuvenated and relaxed Dybala coming through in a similar way for his side. Perhaps the biggest call yet, there is plenty of speculation circulating right now to suggest that Christian Pulisic may not even be in Dortmund to fulfil this role come February.

However, big money moves are getting rarer and rarer in January, especially ones of this ilk, and Lucien Favre will want every possible man on deck for the conclusion to the 2018/19 campaign, as BVB seek to win their first Bundesliga title since 2011/12.

With the squad stretched, Pulisic could once again become the golden boy of European football after Jadon Sancho's rude interjection. 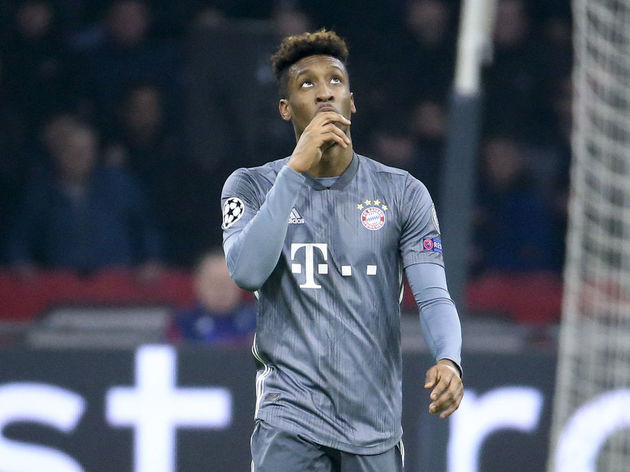 How Bayern Munich have missed Kingsley Coman. The Frenchman was the the club's brightest spark in their 5-0 dispatching of Eintracht Frankfurt in the curtain raising DFL Super Cup back in August, collecting a goal and an assist, before he tore the syndesmotic ligament in his foot for a second time in as many seasons.

It was heartbreaking for both player and club, and his absence has told, with Bayern languishing in third place in the league, nine points behind leaders Dortmund. However, the 22-year-old has returned to action in December, and cooly dispatched his first goal in the 3-3 thriller against Ajax in the Champions League.

If Bayern are to mount a serious challenge on all fronts towards the back end of the season, then the form and fitness of this man will be absolutely integral.

This article is brought to you by Aquaman. In cinemas soon. Check out the trailer below.