​Real Madrid manager Santiago Solari has told his players that they must accept the whistles from fans, as they were beaten 0-3 by CSKA Moscow at the Santiago Bernabeu on Wednesday night.

Los Blancos suffered their biggest ever European home defeat, as goals from Fedor Chalov, Georgi Schennikov and Arnor Sigurdsson secured a famous win for the Russians. Speaking after the loss, Solari acknowledged the angry fans and admitted that his side were nowhere near good enough.

As quoted by ESPN, he said: “Obviously it is frustrating to lose at home, we did not expect that.

“Nobody likes whistles, not a player, or the team. But today we were not good, so we must accept the whistles, of course.”

​Real Madrid were met with boos at the half-time and full-time whistle, as the fans expressed their anger at the performance. Solari added: “It is normal for the fans to express themselves if they do not like the result, what they saw. But we did not like it either.”

Despite the humiliating defeat, Real still qualified as group winners, as they pipped Roma to top spot in Group G. The Italians also fell to defeat on Wednesday, as Czech side Viktoria Plzen pulled off a shock 2-1 win.

Real Madrid dominated in the opening half hour, and were completely on top of CSKA. However as soon as the visitors got one chance and took it, the whole dynamic of the game swayed into their direction. Speaking about the start, Solari admitted: “We began the game well, we were very good for the first 30-35 minutes, but were not decisive, lacked precision in the final third, and did not score.

“We were not decisive enough either in our own area and in Europe at this level you get punished.”

CSKA went on to go 2-0 up before half-time, before adding their third in the second half.

Solari added: “Our second half was bad, we did not react well. You can lose a game and do different things, but we did not do that today. I did not like the second half.” 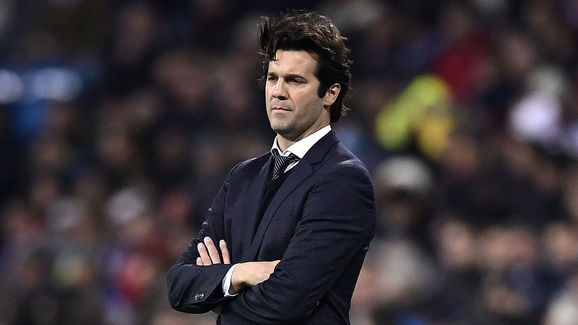 Real now return to ​La Liga action, as they prepare to host Rayo Vallecano on Saturday. They then travel to the United Arab Emirates to play in the Club World Cup, where they start in the semi-final next Wednesday.