With AC Milan having ended their interest in re-signing Zlatan Ibrahimovic, the Swede now looks set to re-sign with MLS side LA Galaxy.

The 37-year-old has enjoyed a highly fruitful spell with the Galaxy since joining in March this year. He netted 22 times and provided 10 assists in his inaugural season, though it was not enough to garner a playoff spot; the Galaxy finishing seventh in the Western Conference.

Despite the forward's current deal lasting until 2019 regardless, there had been plenty of speculation as to a potential return to ​Milan, with the four-time ​Serie A winner reportedly displeased with the $1.5m he had received for his season's exploits in Los Angeles.

And now, as confirmed by ​ESPN following initial reports from the ​Athletic, the LA team are set to reward Ibrahimovic with a contract that will make him one of their three 'Designated' players, meaning one of their current crop - Giovani dos Santos, Jonathan dos Santos and Romain Alessandrini - will have to be moved out before the start of the 2019 season.

The reports also revealed that Caleb Porter would be the team's new coach, following the recent appointment of Dennis te Kloese as the new General Manager.

After a largely disappointing 2018 season – in which Zlatan was the only real bright mark as they were overshadowed by newly created rivals LAFC, who finished third in the Western Conference to make the playoffs – a change was clearly needed.

And, with Zlatan now set to stay, the rebuilding job starts now, as Te Kloese proclaimed on Tuesday: "The LA Galaxy and its supporters expect to compete for championships year-in and year-out. I am fully committed to putting together a team capable of competing at the highest level. 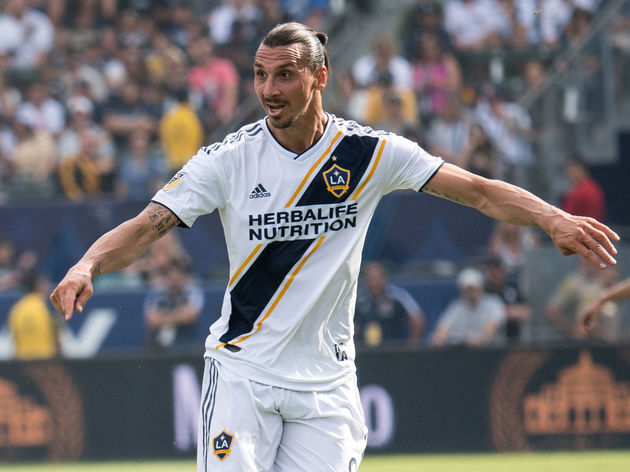 "That work begins immediately and will encompass a wide range of responsibilities, from developing competitive edges in our scouting, recruiting and player development to establishing our youth initiatives and further establishing our Academy."