Premier League rivals Manchester United and Tottenham are both keen on making a January move for Romanian starlet Dennis Man.

The 20-year-old currently plies his trade for FCSB in his homeland, where he has already racked up seven goals in 23 appearances this season. Man has previously attracted interest from European giants AS Roma and Fenerbache, with the latter reportedly having a £2.5m bid for him rejected earlier this year.

According to ​The Sun, United and Spurs have now joined the race to sign the promising attacking midfielder, after seeing him deliver a series of impressive performances for his club side.

It has been claimed ​Spurs manager Mauricio Pochettino sent a scout to watch Man in action last Sunday, only for FCSB's game against Viitorul Constanta to be postponed due to fog. 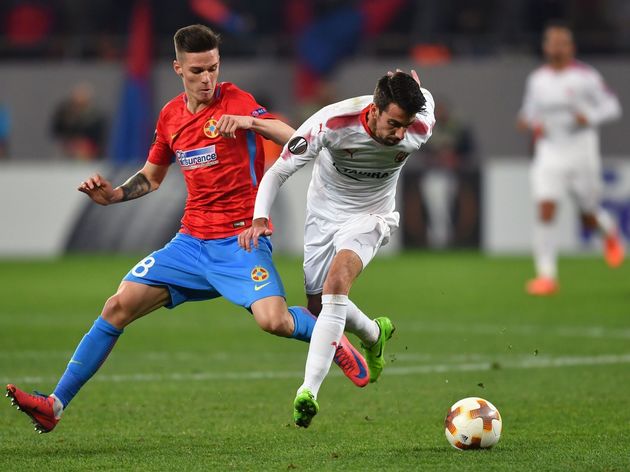 After having an unsuccessful trial with ​Manchester City aged 12, Man made the move to FCSB (the side formerly known as Steaua Bucharest), in the summer of 2016.

Predominantly a right-winger, but capable of playing up top, Man was included in UEFA's list of the fifty best young footballers to watch in January 2018.

The 20-year-old earned his first senior cap for Romania in his country's game against Sweden in March, and has since added another appearance for his national side. The midfielder was also nominated for this year's Golden Boy award, but lost out to eventual winner Kylian Mbappe.

Despite his young age, Man has already featured 79 times for FCSB in his three seasons at the club, and is now seemingly attracting interest from some of European football's biggest sides.