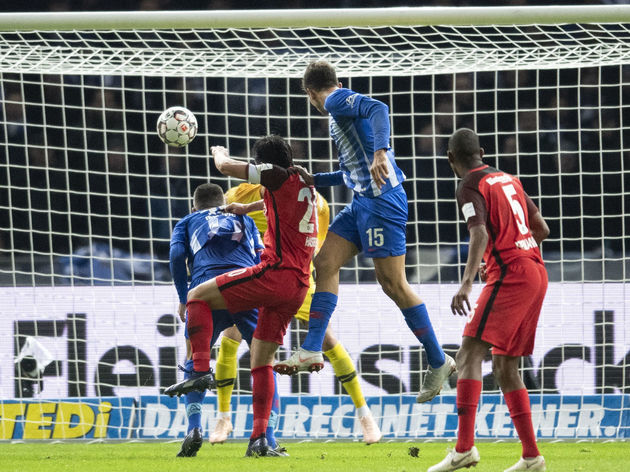 "I've been at Hertha for 22 years," said the 42-year-old at his press conference after the Frankfurt win, as reported by ​Bundesliga.com. "This isn't meant as an insult to anyone else, but Marko is by far the best midfielder I've seen in my time at the club."

Grujic, who spent last season on-loan with ​Cardiff City in their triumphant Championship promotion winning season, had been forced sit out much of his time in Germany through an ankle injury but has excelled in his past three appearances since recovering.

The Serbian was ​Liverpool boss' Jurgen Klopp's first signing as Reds boss but has only featured for the Anfield club 14 times under the German.

So glad to see 22-year-old Liverpool loanee back in form. pic.twitter.com/jUyhkjLLeK

He was sent back on loan to Red Star Belgrade following his £6m move to Merseyside in January 2016 and loans at Cardiff and now Hertha have since followed. 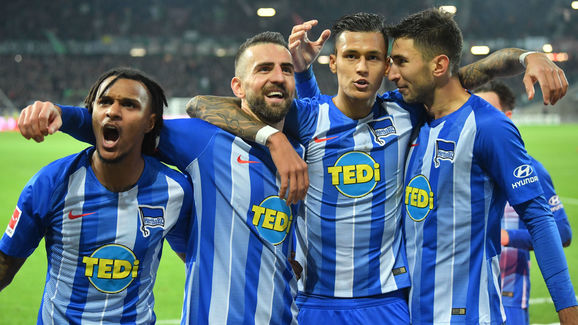 "He's got so much potential, and you can see that out on the pitch. He's so robust in the middle of the park, but he can still play. He's good in the air, he wins tackles and has got such a strong desire to win. I can only say: 'respect'. And he's not even fully fit. Just imagine what he'll be like when he is!"

Dardai is unsure what will happen when Grujic's loan deal ends in summer 2019, but said that sporting director Michael Preetz 'will no doubt do everything he can' to extend the midfielder's stay.