Gary Neville has spoken on Sky Sports Monday Night Football about the abuse Raheem Sterling received during Euro 2016, as the forward spoke out last week about the unfair coverage of black players by newspapers.

On Monday Chelsea banned four home fans pending an investigation into alleged racial abuse of Sterling, with the incident sparking much debate about racial discrimination in football, prompting Sterling himself to speak out on Instagram about the incident and his thoughts about racial bias in the press.

Speaking on Sky Sports MNF ahead of ​Everton vs ​Watford, Neville explained that it's something he saw first-hand with ​Sterling, as the ​Manchester City winger approached him to discuss the personal abuse he was receiving in 2016.

"Raheem came to see me one on one in 2016," said Neville, who coached Sterling with England for four years.

"Pre-tournament, he was getting absolutely battered. He was getting so much stick. The fans and the media were onto him, asking so many questions about him.

"He came to see me in the analysis room, and just started to download on me, asking why this was happening, why this was so personal. 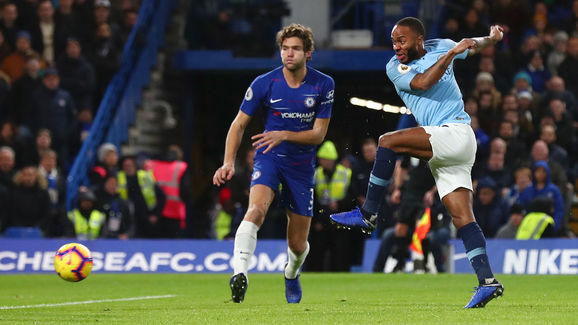 "He accepted that he would get criticism and would be criticised as an England player, but it was so vicious and he felt so targeted, and he didn't know what to do about it.

"Looking back, there was a tonal difference to the attacks he was getting compared to other players. Harry Kane was struggling at that tournament, and it was portrayed to be because he was on corners.

"Raheem was having a difficult time, but that was because of other, more personal reasons. The language used towards him was difficult, and I don't think he could understand it."

Neville is among many high profile figures to speak out in support of Sterling, with Liverpool boss Jurgen Klopp also speaking out on the matter in his press conference prior to their Champions League clash with Napoli.

"You saw his face. He gave the right response – not to react to these people who don't deserve respect."

Strong words of solidarity from the Liverpool boss for Raheem Sterling.  pic.twitter.com/TvfGtHj1eu

The football world, in general, has reacted positively to Sterling's comments, and shows of support for the 24-year-old have flooded in since he ​spoke out about the abuse he has received and negative coverage of black players in the media.