Bayern Munich winger Kingsley Coman has opened up on a tough personal year, saying he would rather give up football altogether than undergo another operation to amend his persistent injury issues.

The France international has managed just one start this season, missing nearly three months of action after the foot injury that previously kept him out from February until May resurfaced, and has already undergone two major operations at just 22. 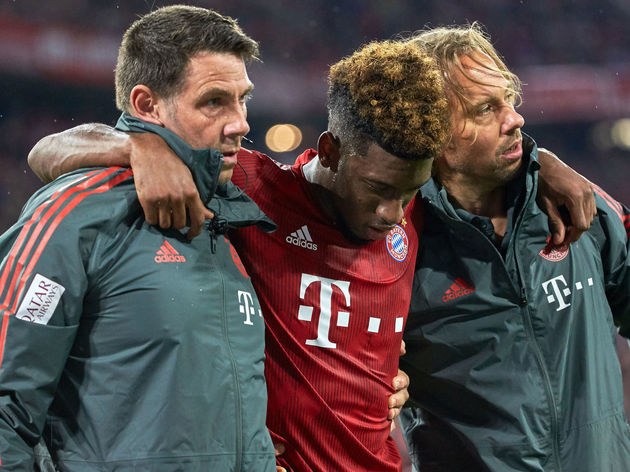 He returned to action in the ​Bundesliga recently, with appearances in ​Bayern's last two fixtures against Werder Bremen and Nuremberg, but as quoted by ​TF1, Coman said that if he faced another long-term absence, he would consider calling it a day on his playing career.

"It was a very difficult year, and when I hurt myself, it was the end of the world for me, I had really put everything in order in my life," he said.

"I hope I don't have to relive what I've been through, enough is enough. I will not accept a third operation – it will mean maybe my foot is not made for this level.

Kingsley Coman in his first match back after being sidelined for 3 months:

"I will then lead another life, an anonymous life."

His injury issues, while keeping him out of club action for most of the year, also led to him missing out on the France squad that would go on to win the World Cup in Russia in the summer.

Coman says he was content to watch on as a fan - but he has ambitions of making the next World Cup for his country.

"I lived the World Cup as a fan, and I thought, that's part of life," he added. "I hope I still have the opportunity to play one, yes it's definitely a goal to play one, I'm still young, I hope to play one or two, Every football player dreams of playing one. From the moment I get back in shape, it will always be in my vision to be in France team."