​Chelsea are reluctant to change their policy on offering long-term contracts to players in their 30s, throwing David Luiz's immediate future at the club into doubt.

The Blues have been in the process of tying several key players to new contracts in recent months, with Marcos Alonso, N'Golo Kante and Cesar Azpilicueta all signing new deals, while Antonio Rudiger is likely to be next. 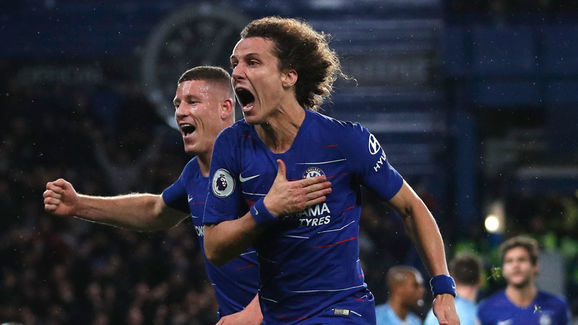 However, the Guardian reports that the club's​Luiz

​Chelsea, saying when asked about uncertainty over his future: "I am just trying to enjoy myself, like I do every single day.

"Then, for sure, we will do the best thing for me, for Chelsea, for everybody. We are still talking, let’s see. Let’s see what the future brings. I love this club, everybody knows I want to stay."

Luiz will enter the final six months of his contract in January along with fellow 30-somethings ​Cesc Fabregas and ​Gary Cahill, at which point he will be free to discuss a free transfer next summer.

Maurizio Sarri has strongly indicated that he would like Luiz to stay at Stamford Bridge. Unlike Fabregas and Cahill, he is a regular starter in the Premier League, with last week's defeat to Wolves being the first game he has missed all season.

Luiz scored his first goal of 2018 with a header in Chelsea's win over ​Manchester City on Saturday.