​Manchester United and Arsenal are monitoring highly rated Hertha Berlin youngster Arne Maier ahead of a race to sign the Germany Under-21 international in January.

Rumours first surfaced in September that Premier League clubs were considering a move for the 19-year-old, and with the January transfer window looming, there is renewed interest. 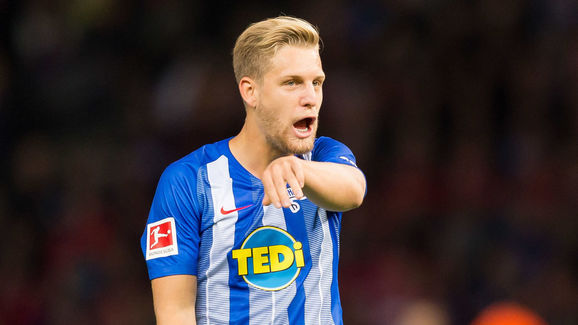 ​The Sun reports that Maier is valued at £15m but his age means that ​United or ​Arsenal would probably have to pay double that to secure his services next month.

Maier is likened to World Cup-winning German midfielder ​Toni Kroos, and with over 30 international caps at youth level, he will hope to join Kroos in Joachim Low's senior squad next year.

A midfielder by trade, Maier broke into the Hertha team last season, becoming a regular starter in

On receiving comparisons with Kroos, Maier told the ​Berliner Zeitung recently: "It's nice to hear something like that. But football is a team sport. In addition, there are no guarantees that all this will happen. You have to work hard every day.

"My game is characterised by calmness on the ball and awareness. I try to control the game and get on the ball as often as possible." Arsenal already have a strong trio of defensive midfielders, with Matteo Guendouzi providing backup to the regular starting pair of Granit Xhaka and Lucas Torreira, but Emery may pursue Maier if he is seeking further strength in depth.