The striker was the subject of real controversy as a Chelsea player when he forced a return to Atletico less than a year ago, after the Blues had refused to sell the Spaniard during the previous summer.

​Costa forced the issue by effectively going on strike in Brazil, forcing ​Chelsea’s hand in agreeing a deal with ​Atletico which came into effect last January. However, less than one year on, ​Tuttomercatoweb claim that Costa could be on the move once more in January, this time with a switch to China on the agenda.

Tianjin Quanjian are said to be eyeing up a move for the controversial striker ahead of the winter transfer window, though the Super League side have made an unsuccessful move for Costa in the past.

Tianjin last attempted to sign the 30-year-old during his time with Chelsea, though the Blues refused to part with their star striker at the time. It is said that the Chinese side were frustrated by the rejection and will be more determined to seal the deal this time.

Costa is currently injured and has been ruled out of action until January, with the forward having undergone surgery on a metatarsal problem in Brazil.

Should the striker move on in January, Costa may have already played his last game for Atletico, though the La Liga side’s coach Diego Simeone is said to already be plotting to replace the attacker.

The huge wealth available to Chinese sides such as Tianjin means that Atletico could expect to receive a large fee for Costa, should he complete such a move in January, which would provide Atletico with the funds towards signing a top replacement. 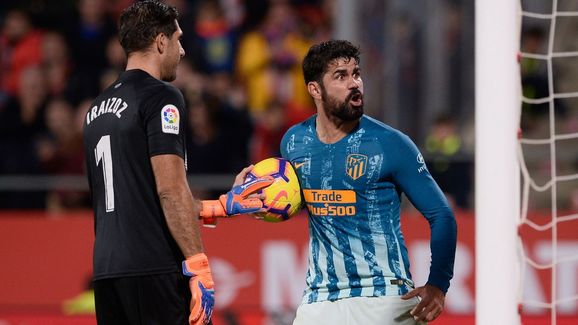 According to ​AS, PSG superstar ​Edinson Cavani has already been lined up as a potential successor to Costa in Atletico’s front line.