​Huddersfield Town manager David Wagner was happy with his team’s positive performance despite being beaten 1-0 by Arsenal on Saturday afternoon.

The Terriers lost the game in the 83rd minute when Lucas Torreira’s acrobatic finish secured all three points for the Gunners. The defeat sees Huddersfield slip back into the relegation zone into 18th place.

Speaking to Sky Sports, Wagner said: “It's mixed emotions to be totally honest, we wanted to test ourselves to see if we can perform as we have in recent weeks and I think the players have done that. “It was another step in the right direction in terms of performance because of the level of quality that the opponent had today. We can take this, go forward and I'm more than excited about the next games that we have in front of us.”

Saturday’s result saw ​Huddersfield fall to their third defeat in a row, all by one goal margins.

Huddersfield frustrated ​Arsenal throughout the 90 minutes, as they remained stubborn in defence. However the Gunners finally broke them down, as they snatched all three points at the death.

💬 "It's hard to take today, but I can totally see the positives. The players have to hold their heads high"

Speaking about the Gunners, Wagner said: “We really have caused them some problems and gave them a fight. We really limited their qualities.

“In the end, because of a few minutes, we haven't got the result. It's frustrating, yes, but we have every reason to be proud of how we performed today.”

Huddersfield now sit 18th in the ​Premier League, two points off safety. Wagner’s side will be hoping to repeat last season’s heroics, when they secured top flight status in the closing stages of the season. 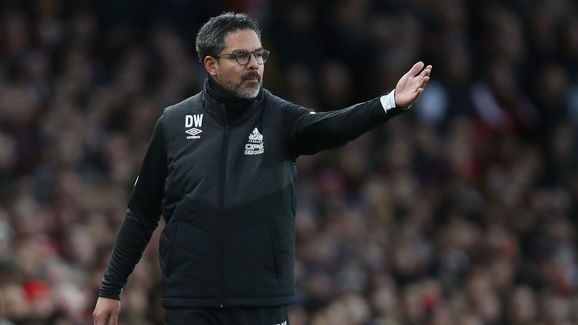 However Wagner doesn’t seem worried about their position, saying: “The table at the minute is irrelevant. Everything is so tight that you have to make sure that you perform, that you show the spirit that is necessary to be successful and this is what the players have done in recent weeks.”