Fellow superstars Paul Pogba and Alexis Sanchez have already seen their futures at Old Trafford left up in the air in recent times, with tense relations between United’s stars and Mourinho proving a debilitating factor this season.

Belgian star Lukaku is now said to be the latest big name to become unsettled with life at the Theatre of Dreams. ​The Sun reports that the 25-year-old has grown frustrated with Mourinho, having endured a tough spell out of favour under the Portuguese’s management.

It is said that ​Lukaku would consider a surprise exit from Old Trafford if his lack of selection continues, having made 14 Premier League appearances this term. Four of those run outs have come as a substitute, however, including Wednesday’s 2-2 draw with ​Arsenal.

A lack of consistency as ​United’s first choice focal point in attack this season has cost Lukaku the kind of regularity in goal scoring form which he has become accustomed to in the Premier League. The Belgian has struck just five league goals this term.

​Marcus Rashford was given the nod as the spearhead of United’s frontline in the midweek draw with old rivals Arsenal, suggesting that Lukaku is no longer Mourinho’s go-to man in attack for the big games. The Belgian has started just two games since October.

The former ​Chelsea and ​Everton star was brought on just after the hour mark at Old Trafford, with little opportunity to make any true impact on the match.

It is said that United’s hierarchy are aware of Lukaku’s current discontent, with particular concern over his languishing on the side lines. However, his long-term contract with United would apparently make it difficult to offload the £75m star in January. 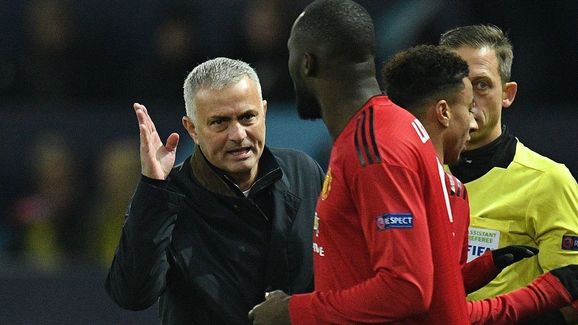 Lukaku will be looking to return to form and favour under Mourinho as United host ​Fulham in the Premier League on Saturday, with the Red Devils on a run of four league games without a win.