​Burnley manager Sean Dyche has responded to comments about his side being over physical, by saying he "doesn’t believe they are physical enough".

The accusations came from Liverpool manager Jürgen Klopp after Wednesday’s Premier League clash, which the Reds won 3-1. Klopp accused the Clarets of being too physical and aggressive, with too many rash challenges on his players. However, Dyche believed the opposite. As quoted by the Lancashire Telegraph, he said: “I would say we haven’t been physical enough this season.

“Tackle counts are down and blockings down [from last season], and I’m pretty sure year on year we’re almost at the top of the fair play table.”

Klopp criticised Burnley for their physicality, which he claimed led to Joe Gomez being stretchered off. Reports suggest that the Liverpool defender will be out for up to six weeks, after a firm challenge during the game from Ben Mee.

On the other hand, Dyche slammed Liverpool for cheating throughout the game, singling out forward Daniel Sturridge for simulation. Both managers were clearly frustrated, and felt hard done by certain decisions. After the heated match tempers were very high. This was shown during the confrontation between Dyche and Klopp, ​who had a heated discussion at the full-time whistle.

Dyche also spoke about Burnley’s discipline, and the notable absence of red cards for the Clarets. He said: “We’ve had 18 months without a red card. Maybe we’re a bit stand-offish because of the rules.”

Burnley have gone 59 games without a red card, when Ashley Barnes received two yellows against ​Huddersfield Town in February 2017.

Burnley currently sit 19th in the ​Premier League, only off the bottom on goal difference. Their defeat to ​Liverpool means that they haven’t won in eight games, since back to back wins at the end of September. 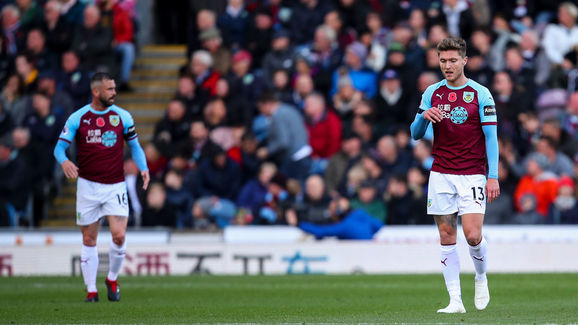 Burnley are back in action on Saturday afternoon, when they host ​Brighton at Turf Moor.