Everton welcome Watford to Goodison Park on Monday night as both sides look to return to winning ways.

The Toffees picked up a point as they drew 1-1 with Newcastle United last Wednesday, with Marco Silva's men frustrated by their resilient visitors. The draw left Everton sixth, eight points off the European spots.

On the other hand Watford were defeated on Tuesday night, as league leaders Manchester City won 2-1. However it was a tight finish, as Abdoulaye Doucoure's late consolation set up a nerve-wracking climax. 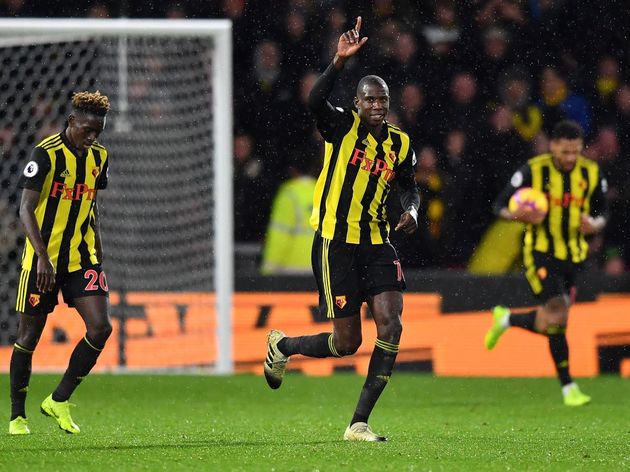 With manager Marco Silva and star man ​Ric​harlison welcoming their former club to Goodison Park, it promises to be a tasty affair.

Marco Silva will have a full strength squad at his disposal, as ​Everton have no injured or suspended players ahead of Monday's match. However ​Watford are still without Etienne Capoue, who is serving a three-match suspension following his red card at ​Leicester City. The club are continuing to appeal the decision according to ​BBC Sport, although it seems unlikely to be rescinded.

The two sides have met 26 times before, with Everton having by far the better record. The Toffees have won 19 times, while Watford have only mustered four wins and three draws. 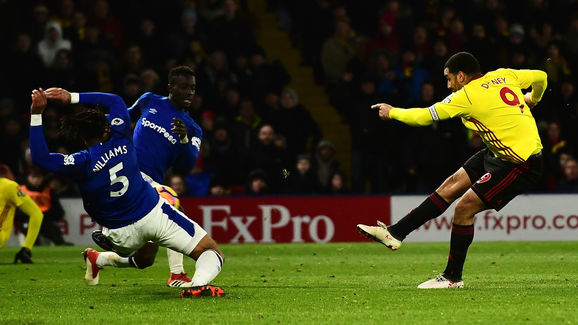 However last time out it was the Hornets who took all three points. A fine finish from Troy Deeney secured a 1-0 win for Watford when they met in February 2018.

Everton are returning to Goodison Park after just five days, after they ​drew 1-1 with Newcastle United on Merseyside. They were dominant against the Magpies, but were unable to take all three points.

The Toffees have only mustered two goals in their last four games, winning just one of them. They do however sit sixth in the Premier League, although they could end the weekend in 11th if results don't go their way. Despite this Watford are in even worse form. They were narrowly edged out last Tuesday as league leaders ​Manchester City beat them 2-1 at Vicarage Road.

The defeat to City left the Hornets 11th in the Premier League, with no win in five games. Their last win was in October, when they beat ​Huddersfield Town 3-0. In a game where both sides desperately need points, it is going to be a tight affair at Goodison Park.

Both Everton and Watford are back in action the following Saturday, when they face ​Manchester City and ​Cardiff City respectively. Marco Silva and Javi Gracia may have an eye on those upcoming games, which could lead to resting players ahead of a busy month.

It is tight between the two sides, with just three points separating them in the table. As such, a draw may be on the cards.