Borussia Dortmund's focus is on their title challenge this weekend as they prepare to make a short journey for arguably their biggest game of the season.

Last year, Dortmund failed to beat bitter rivals Schalke 04 and ended the season a whopping eight points behind the Royal Blues, the first time there's been such a gap  between the two sides in almost a decade. Schalkewill be short of numbers in attack this weekend as Mark Uth, Breel Embolo and Cedric Teuchert continue their rehabilitation from injuries. The club have also confirmed that Franco Di Santo will be unavailable, while Marius Wolf is the only absentee which has been confirmed by Borussia Dortmund, although Dan-Axel

There have been 92 meeting between Borussia Dortmund and Schalke in the modern Bundesliga, which was founded 55 years ago.

Despite losing the first ever Lothar Emmerich rounded off the 7-0 win with his 23rd goal of the season.

The visitors are certainly coming into Saturday's match in the best form as they haven't lost a Bundesliga match for almost seven months, while Schalke have lost seven already this season.

The Royal Blues are just three points above the relegation zone, but they're only lost twice since the start of October and are once again starting to find their feet under Domenico Tedesco.

Dortmund remain the only unbeaten side in the league this season, while their only defeat in all competitions came on the road to Atlético Madrid

If people think that Der Klassiker is hard to predict, then they're in for a whirlwind this weekend.

All the signs point to a Borussia Dortmund win, even though their travelling to the Veltins-Arena, a stadium they haven't won at since 2013. Lucien Favre's side have been blowing teams away this season, and they've scored 37 goals in the league already. 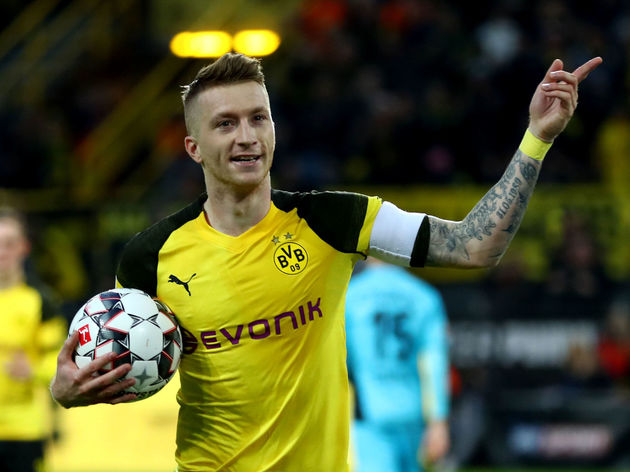