Cook was able to complete the full 90 minutes of the 2-1 Cherries win, but was assessed by the club's medical staff after the game. Scans that were subsequently carried out on Wednesday revealed a ruptured anterior cruciate ligament in the player's right knee.

Lewis Cook has ruptured his ACL and will now miss six-to-nine months.

"We are all devastated for Lewis. It is a huge blow to a very talented player who has been a very important part of our side over the last 18 months," manager Eddie Howe said.

"But Lewis is a strong character who only has to look around our dressing room for inspiration of how an injury like this is merely a setback and to know that he can come back better than ever.

"He will have the full support and love of everyone at the club throughout the next few months as he receives the very best treatment and rehabilitation possible."

Bournemouth have loosely estimated that Cook will be out of action for anything from six months up to nine months. It almost certainly rules him out of the rest of the 2018/19 season, with a possible nine month absence pointing to return to fitness in September. 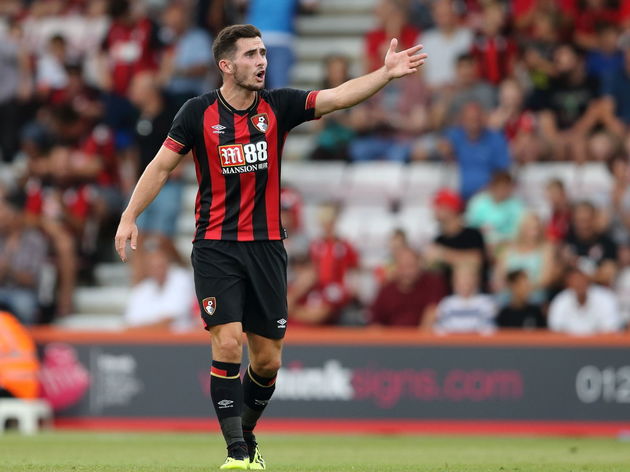 Cook, who was on the standby list for England's World Cup squad after making his debut in March of this year, has been involved in 13 of Bournemouth's 15 Premier League games this season. More importantly, he has started eight of the last nine and will be sorely missed.

Bournemouth are back in action on Saturday when they host Liverpool at the Vitality Stadium.