​Manchester United captain Antonio Valencia is a free transfer target for West Ham next summer. The veteran winger-cum-full back is out of contract at the end of the season, with reports claiming he and manager Jose Mourinho don't 'see eye to eye'.

The 33-year-old who joined United from Villarreal, after a loan spell in the Premier League with Wigan Athletic back in 2009, has made over 300 appearances in all competitions for the Old Trafford club, winning two Premier League titles, the 2016 FA Cup and the 2017 Europa League among other honours. However, despite being club captain, he has fallen out of favour somewhat under Mourinho this season, playing just four times in the ​Premier League in 2018/19.

Valencia's contract reaches its conclusion next summer, while ​The Sun claims that he is wanted by ​West Ham, who are on the lookout for a replacement for Pablo Zabaleta.

The Argentine full back, although the same age as the United star, is ​rumoured to be considering retirement, while the Sun's 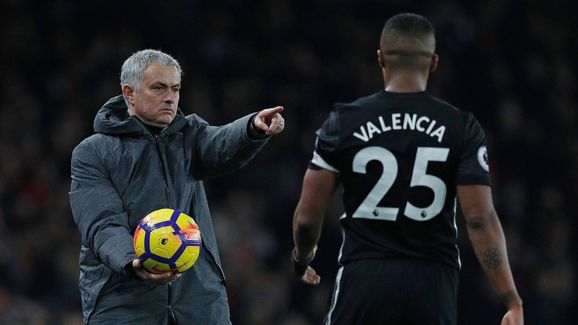 In addition to Zabaleta at right back, West Ham also have summer signing Ryan Fredericks. However, the former Fulham star has only played 287 minutes of Premier League football in 2018/19 and was ruled out of action for several months with a shin injury in November.