​Atletico Madrid striker Diego Costa has been linked with a move to Chinese Super League side Tianjin Quanjian, as his current manager, Diego Simeone, has revealed how the club will play in his absence.

The 30-year-old has been struggling with a foot injury for some time, resulting in the striker undergoing surgery on the subsequent injury, which is set to sideline him for up to the next ten weeks. 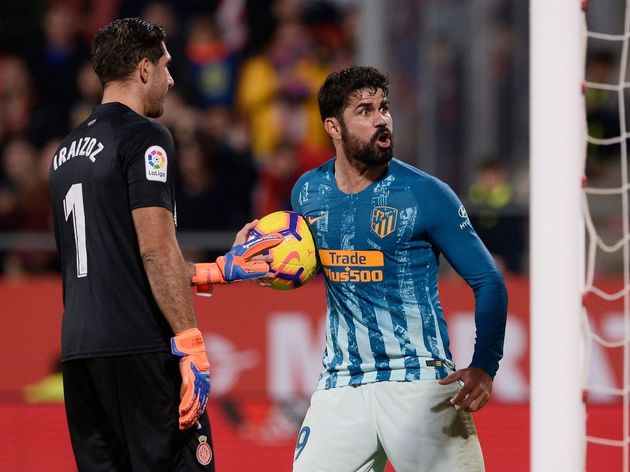 According to Tuttomercatoweb however, via ​AS, the Brazilian-born Spanish forward could have in fact played his last game for Los Rojiblancos, with Tianjin Quanjian of the Chinese Super League set to make an offer for Costa.

A move to China could be aided by ​Costa's agent, Jorge Mendes, who has reportedly informed ​Atletico Madrid

Costa has scored just four times this season in 15 appearances, although the former Chelsea man - who was linked with a move to China during his time at Stamford Bridge - offers a physical presence in the final third by which other players, such as Antoine Griezmann, can benefit from.

While Costa is set for an extended period on the sidelines, Simeone has revealed he's yet to discuss signing a possible replacement in the January transfer window. "I'm content because we'll have a very important boost for the end of the season.

"We have several options for that position and we'll see who adapts best to what the team needs."