​Stoke City forward Bojan Krkic has opened up about his early years as football's next wonderkid, and how his career has panned out since leaving Barcelona.

Having scored 850 goals in his time at Barça's feted La Masia academy, the Spaniard was understandably a hot commodity, and a Champions League goal and international cap by the age of 17 led many to anoint him as the 'new Messi'.

However, Bojan left the Nou Camp at 20 to look for more game time, finding himself at Roma, Milan and Ajax before he came to England with Stoke. Speaking to ​BBC Sport, the Potter confirmed that it was his time on these shores that he has enjoyed the most, saying: "Here in England is the place I feel more respected outside the pitch. I feel really proud of my career - more here in England than in Spain."

After consecutive loan spells at Mainz and Alaves, the 28-year-old is now back with ​Stoke, and enjoying himself on and off the pitch: "There are different mentalities. Here the people respect you. I felt this is a nice place.

"I played in the semi-final of the Champions League, I played for big teams, and now I'm in the Championship. This emotionally is difficult but I'm enjoying it.

Zlatan back in Serie A! ⚫️

Nobody is prepared for that! https://t.co/7pVEhpfLge

The forward also spoke about his lofty beginnings, and the famous comparisons with a certain ​Lionel Messi: "You need to control the things you can do. My first year I scored 10 goals in La Liga. Then people started saying 'yeah, the new Messi'.

"It's not easy, Messi scores three goals every game. If you score one goal, you're not Messi. When I went to Rome and Milan, you go there not as Bojan, you go as a new star, a new Messi." 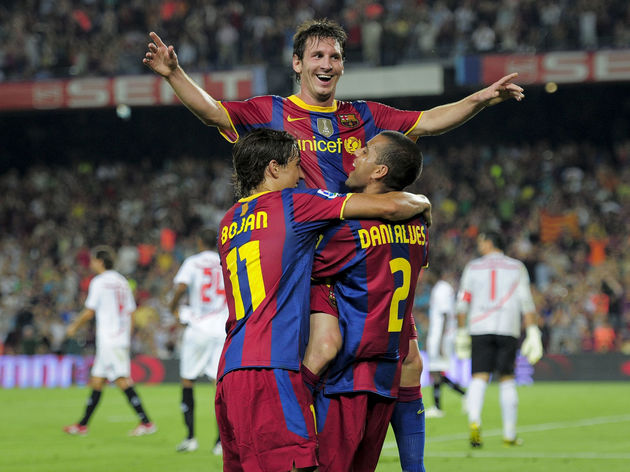 And he admitted that it was these expectations that limited his success in Rome, ​Milan and Amsterdam: "So if you go there and play good, it's not enough. You need to be the best, you need to be the Messi. That's the thing that didn't help me. At the beginning it's difficult to understand but with experience you know what you can do."