​Wolves boss Nuno Espirito Santo has admitted his team still have 'a long way to go' to achieve their goals this season, despite toppling Chelsea 2-1 on a dramatic Wednesday night at Molineux.

​Wanderers fell behind after 18 minutes as Ruben Loftus-Cheek's shot was deflected past goalkeeper Rui Patricio by the unfortunate Conor Coady.

But a spirited second half display saw Wolves turn the game on its head as Raul Jimenez and Diogo Jota condemned ​Chelsea to just their second defeat of the season in the Premier League. Wolves had been in poor form recently, losing five out of their last six before Wednesday, but Santo refused to admit he had 'answered his critics' by defeating Chelsea.

​Speaking to Sky Sports he said: "No, I don't have to answer them. It is a question of working and organisation, you have to know that you have good moments and bad moments, but what's important is to realise the process of improving players and results.

"Even though in the first half we were behind the result, the way we stayed organised and compact. That was totally a credit for the boys, the way they worked.

Santo also gave a special mention to the Molineux crowd, the atmosphere was electric all night and their efforts did not go unnoticed. 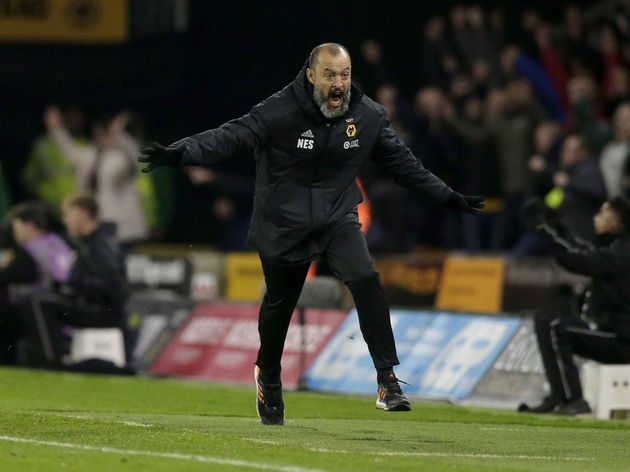 "The crowd, the way they became so noisy and pushed the team," he added. "We got the result but we have a long way to go."