Wolves 2-1 Chelsea: Report, Ratings & Reaction as Wanderers Come From Behind to Topple the Blues

Wolverhampton Wanderers came from behind to beat a lacklustre Chelsea side 2-1 in an entertaining affair at Molineux Stadium.

It was the away side that took the lead after 15 minutes through Ruben Loftus-Cheek's deflected effort, as Chelsea went into the break with the lead. However, a spirited second half display from Wolves resulted in goals from Raul Jimenez and Diogo Jota, which deservedly gave them all three points. The first 15 minutes were very cagey with very few openings for either side, but with Chelsea's first meaningful attack they took the lead. ​Ruben Loftus-Cheek worked himself some space 20 yards from goal, his powerful strike was seemingly heading into the arms of Wolves goalkeeper Rui Patricio, only for the unfortunate Conor Coady to inadvertently head the ball past his 'keeper and put the Blues 1-0 up.

Just before the break it was nearly 2-0 as ​Eden Hazard picked up possession on the half way line and sent a delightful ball over the top, which put Willian 1-on-1 with Patricio. The ball looked destined to hit the back of the net only for goal-saving tackle from Ryan Bennett, who made sure his side went in at the break just one goal down. On the hour mark  Wolves broke forward through the brilliant Gibbs-White, he evaded two ​Chelsea challenges before slipping the ball forward to Raul Jimenez who fired a shot which went through Blues keeper Arrizabalaga and into the net.

Just four minutes later, the unlikely turnaround was complete as Doherty fed the ball down the right hand-side and slid the ball across goal to Jota, who fired home from six yards out to send the lively Molineux crowd into raptures. 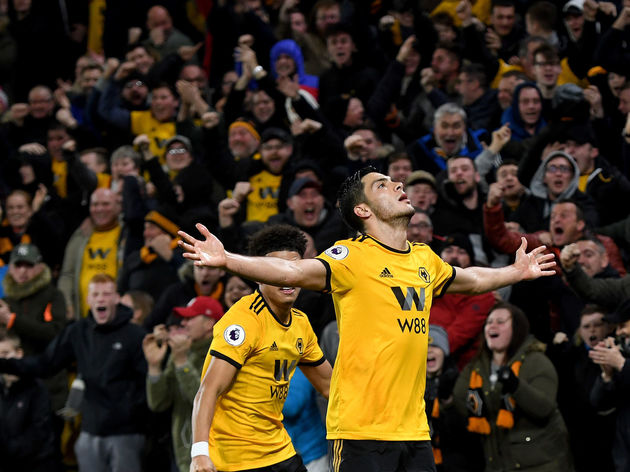 With 25 minutes remaining, ​Wolves looked to sit-back and soak up any Chelsea pressure. The away side did come forward time after time but failed to test Rui Patricio in goal. Espirito Santo's side held firm through five minutes of added time and secured a vital three points.

After losing five of their last six league games, and being without star man Ruben Neves, it was interesting to see if Wolves would set up differently for the visit of Chelsea. However, manager Nuno Espirito Santo stuck with his usual 3-4-3 formation and was completely justified in doing so.

Wolves looked a constant threat on the counter attack during the first-half without having any luck in-front of goal. If the warning signs were there for Chelsea, they certainly didn't take note as they were deservedly undone twice in the second half.

It was a performance which makes it hard to believe Wolves had lost five from their last six and the manager should be given credit for having full belief in his players and his system. 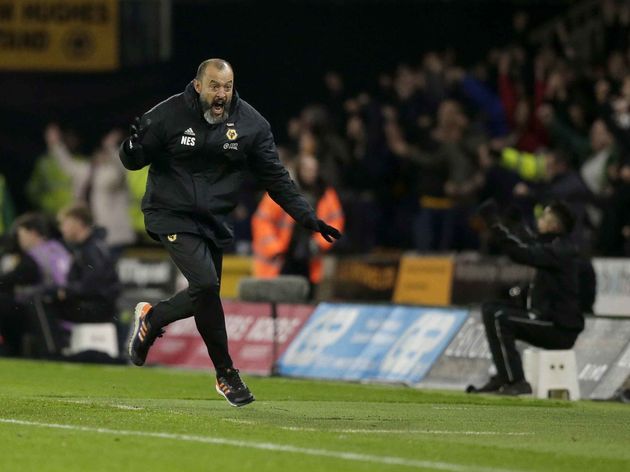 STAR MAN - Morgan Gibbs-White was outstanding for the home side. The 18-year-old was making his first start in the Premier League, yet looked as if he was playing his 100th. His pace and power caused Chelsea's backline problems all night .

WORST PLAYER - Harsh on any of Wolves players after an outstanding performance, but

There has been much debate this season over Chelsea's midfield set-up and whether or not Maurizio Sarri should alter his system in order to get the best out of World Cup winner ​N'golo Kante. With Jorginho missing from the starting XI for the first time in the league, it was Cesc Fabregas who was chosen to act as the pivot in midfield, with the Frenchman again being stuck out on the right.

It is beginning to look like an area of real concern for Chelsea after tonight's showing, Kante doesn't look comfortable in his current role and cannot be blamed for it. He is the best in the world at breaking up counter attacks and reading the danger and is being deprived the opportunity to show that in his current role. The Blues looked open on the counter attack time after time which will give Sarri much to deliberate. STAR MAN - Nobody was particularly impressive for the Blues tonight, but Loftus-Cheek again showed why he deserves more minutes in the first team. He popped up with Chelsea's opener, albeit via a deflection, but generally looked impressive on the ball and drove forward well when he had the chance.

Loftus-Cheek and Cesc were the only 2 players on our team that can hold their heads up. Everyone else a disgrace to the shirt #cfc

The Spanish striker spurned a couple of good opportunities and was unable to hold the ball up to good effect, being dispossessed on a number of occasions.

Morata can never be Chelsea #9 striker. He is just a waste in front of goal

Chelsea needs to get rid of morata

Next up for Wolves is an away fixture at Newcastle on Sunday where they will be aiming to achieve another three points for the first time since early October. Talisman Ruben Neves will be available for the trip to Tyneside after his suspension, and will be hoping to inspire his team to successive victories.

Chelsea have the ominous task of attempting to be the first team this season to beat Manchester City in the league when they clash on Saturday. After tonight's defeat, the Blues will be looking to bounce back at Stamford Bridge.