Newcastle United earned a hard fought point on Wednesday night, as they drew 1-1 with a dominant Everton at Goodison Park.
Newcastle took the lead out of nothing, as Salomon Rondon fired home Jacob Murphy's dangerous cross. The Venezuelan's fine finish was his fourth of the season, as the Magpies took the lead after 19 minutes. Everton piled on the pressure and eventually drew level on 37 minutes, when Richarlison pounced on a loose ball inside the box to equalise The hosts could have taken the lead were it not for some resilient defending from Newcastle, as the Magpies held on to secure a vital away point.

It was a positive result for Everton and Newcastle, who both fell to defeat last week ​losing 1-0 to Liverpool and ​3-0 to West Ham respectively. As soon as they went behind, Everton began to dominate the visitors. They had 13 first half attempts and 76% possession, yet only scored once throughout 90 minutes.

They were very strong going forward, but at times looked shaky at the back - something which was evident when they failed to deal with Jacob Murphy's cross that lead to the visitors' goal.

Everton surely would have taken all three points, where it not for an excellent defensive display from Newcastle. Nevertheless, it was an improvement on Sunday's derby defeat, as the Toffees showed their class in a strong display at Goodison Park.

STAR MAN - At the heart of every Everton attack, Gylfi Sigurdsson was excellent. He created numerous chances, delivered a number of inviting corner kicks and was key in every Toffees move. Sigurdsson showed why he is one of Everton's main men. WORST PLAYER - Making his first Premier League start of the season, it was a night to forget for ​Ademola Lookman. Although unlucky at times he was poor throughout the game, losing possession on numerous occasions. It wasn't Lookman's day, as he left little mark on the game. Newcastle were very solid in defence, which was a pleasant sight for Rafael Benitez after their 3-0 defeat to West Ham last Saturday. They remained stubborn at the back, with Fabian Schär and Federico Fernandez paying particularly well.
The Magpies were resilient against the hosts and unlucky to eventually concede, with an excellent piece of defending from Fernandez and a crucial save from Martin Dubravka keeping Everton to just one goal. 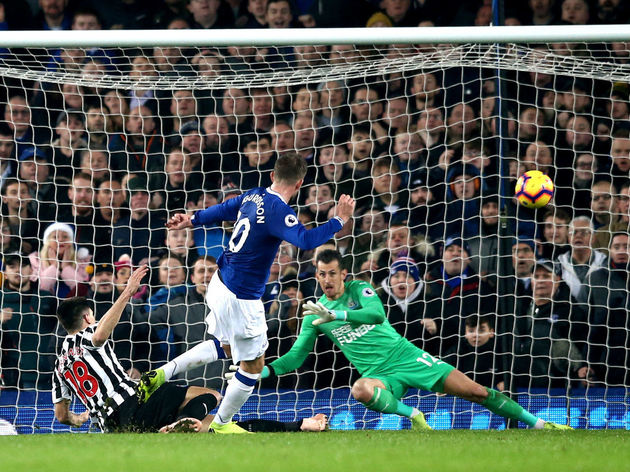 STAR MAN - Federico Fernandez was outstanding in defence, and saved Newcastle on several occasions. He was composed alongside Schär and Lascelles, and pulled off a fantastic book against Gylfi Sigurdsson to keep Newcastle in the game.

WORST PLAYER - It is hard to pick out a poor performer in an all-round solid Newcastle performance, but Mohamed Diame was surprisingly quiet. He didn't seem to be involved often, which paid off in the lack of possession and control from Newcastle. With the heavy festive schedule now under way, both sides are back in action on the weekend.

Newcastle are at home on Sunday afternoon, when they host ​Wolves at St. James' Park. They then travel to Yorkshire, as they face ​Huddersfield Town on Saturday.

On the other hand, Everton are playing Monday night football when they host ​Watford. Five days later they have a huge challenge, as they travel to league leaders ​Manchester City in Saturday's early kick off.