Pogba left Juve to return Manchester in 2016. But an allegedly fractious relationship with manager Jose Mourinho in recent months has led to rife speculation that the Frenchman could leave Old Trafford and that Juve would be a prime destination. The subject of Pogba returning to Turin is one that has been brought up numerous times.

"A return of Pogba? We have already discussed this many times. He's a great player we've had and are fond of, but now he plays for Manchester United," Paratici told Sky Sports Italia.

"We are at the front of the market, the president and Pavel Nedved, with the help of the coach [Massimiliano] Allegri. To improve the team we are always careful, then we still have great players and we enjoy them," he further stated.

It is sometimes problematic when translated quotes are left open to interpretation. A number of English publications - The Sun and Manchester Evening News among them - have interpreted Paratici's comments as confirmation that Juve have 'considered' making a bid for Pogba.

There is at least a good chance based on the context and the fact that the original Italian report did not make the connection that is not what Paratici was getting at when he said 'we have already discussed this many times'. Instead, he seems more likely to have been referring to the frequency with which the Pogba question is asked by the media. 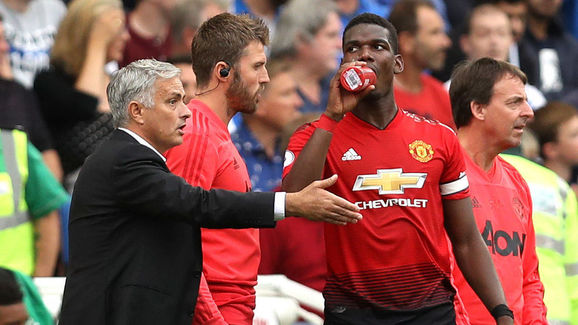 Mourinho's relationship with Pogba was the subject of increasing gossip following United's draw against Southampton on Saturday, with the boss alleged to have called the player a 'virus' in the dressing room after the game.