Eddie Howe Credits Bournemouth Players for Not Panicking Against Huddersfield

​Eddie Howe praised his players for not panicking and staying resolute during Bournemouth's 2-1 home win against ​Huddersfield Town on Tuesday night.

​Bournemouth, renowned for their attacking play, spent most of the game trying to contain the attacks from their opposition and being confined to rare counter attacks. However, the Cherries were clinical in the early stages and did enough defensively to see out the win.

They secured the victory thanks to strikes from Callum Wilson and Ryan Fraser, while Terence Kongolo netted the consolation for the visitors. The Terriers pushed for an equaliser but Bournemouth held firm to move up to sixth in the Premier League. 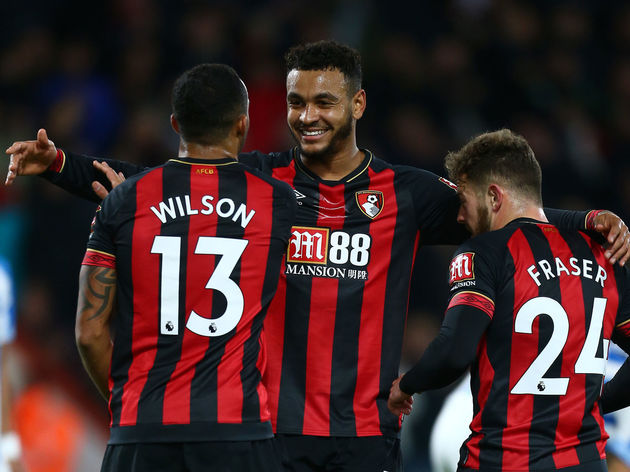 “It was a big relief. It was a very tough game. We respect ​Huddersfield a lot – they play a really good brand of football and press very well." Eddie Howe said via the ​Daily Echo.

“Certainly, it was uncomfortable and that’s where I credit the players because they didn’t panic and we managed the second period excellently.

“Individually, we will play a lot better than that and lose games. To win, playing way below our level is probably a good sign.

Howe has revealed he hopes that the win will provide Bournemouth with some momentum for their tough schedule ahead, adding: