United slipped eight points adrift of the top four and an all-important Champions League qualification spot at the weekend after a 2-2 draw with a poor Southampton side, condemning the Red Devils to a third straight Premier League game without a win. 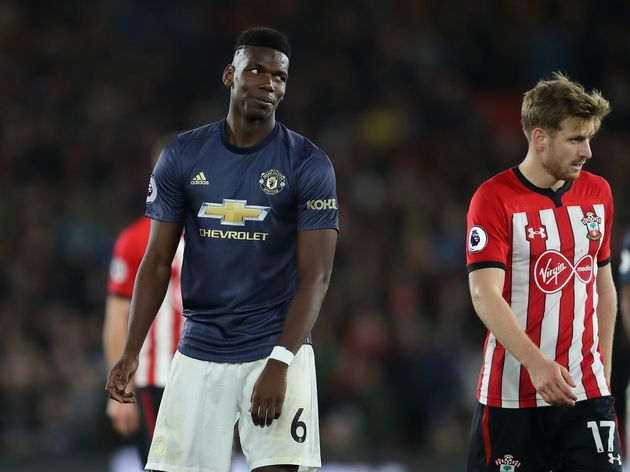 But while Mourinho and United are facing an uphill battle to bridge that gap, the Portuguese is adamant this it is far from impossible and doesn't require divine intervention.

"We don't need a miracle [to finish in the top four] at all," he explained as he faced the media ahead of Arsenal's visit to Old Trafford on Wednesday night.

"We don't need a miracle [to finish in the top four] at all," Jose says. "I think we need a good run of results and we don't need to waste points where we shouldn't be wasting them." #MUFC

"I think we need a good run of results and we don't need to waste points where we shouldn't be wasting them," the United boss explained.

United have dropped four points in the last two games by failing to beat Crystal Palace and Southampton, two sides fighting just to preserve their Premier League status. Those are just two examples of 'wasting points' Mourinho knows must be avoided.

The challenge may get harder before it gets easier, though, as an injury crisis at the back has left an already weak United short of defenders as they attempt to keep an Arsenal side, who are the Premier League's second highest scorers this season, at bay for 90 minutes.

"We are going to be in difficulties again to build the team," Mourinho told MUTV before his press conference.

Jose on Arsenal: "We will have a very difficult match. They are a good team who have had a good run of results. But in spite of our selection issues, they know it won't be easy either." #MUFC

At centre-back, Victor Lindelof is definitely out, while Eric Bailly and Chris Smalling are both doubts. Full-back Ashley Young is suspended, with Matteo Darmian, Luke Shaw, and even Antonio Valencia also listed as potential doubts by PremierInjuries.com.

Phil Jones is available, while it could be that Marcos Rojo makes his first appearance of the season. Mourinho could also be tempted to use Nemanja Matic or Scott McTominay in defence.