Liverpool will aim to extend their unbeaten Premier League start to 15 games when they travel to Burnley on Wednesday night.

The Reds' last gasp win over Everton on Sunday kept the pressure on leaders Manchester City, who lead Jurgen Klopp's side by two points. 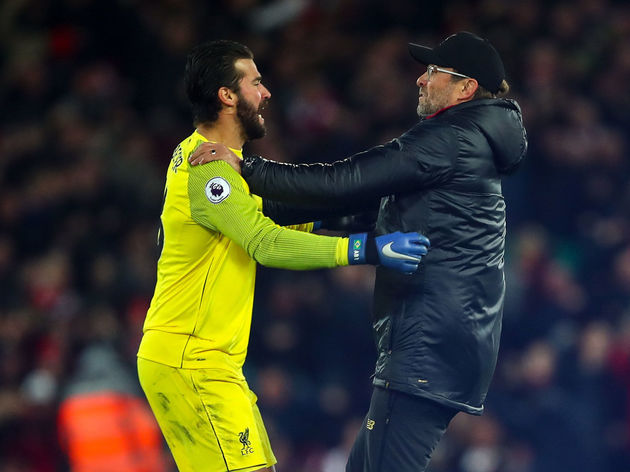 Meanwhile, Sean Dyche's Burnley are enduring their worst run since their top flight return and sit 19th following a ninth defeat of the season at Crystal Palace.

Battling at different ends of the table, this fixture at Turf Moor could prove decisive for many reasons.

Here's 90min's breakdown of the clash.

Klopp faces a number of injury concerns from Sunday's Merseyside derby win - with Sadio Mane and Andy Robertson doubtful. Mane sustained a cut to his foot, whilst the latter suffered a dead leg.

Duo Daniel Sturridge and Divock Origi could feature, while Jordan Henderson is available after serving a one match suspension. Having not featured in their last three games, James Tarkowski could be given the nod ahead of Kevin Long as Dyche looks to freshen up the struggling Clarets.

Goalkeeper Nick Pope could return this month following surgery on a dislocated shoulder that's kept him out since late July.

The sides have met each other 118 times, with the Reds' boasting 53 wins compared to Burnley's 37 and 28 draws.

Having equalised through Jóhann Berg Guðmundsson in the 88th minute, Ragnar Klavan struck at the death in the corresponding fixture last season to give Liverpool maximum points in a 2-1 victory at Turf Moor.

Looking to avenge their title collapse to City in the 2013/14 campaign, Liverpool have responded by making their best start to a Premier League season.

Sunday's dramatic win was perhaps fortuitous and the visit to Burnley is one of four testing fixtures in 12 days for Klopp's outfit which could prove season defining.

They travel to Bournemouth on Saturday and host Napoli in the Champions League before returning to Anfield to face bitter rivals Manchester United. In stark contrast, Burnley's underwhelming start has seen them fall to within a point of bottom of the table Fulham.

Dyche's usually stubborn outfit had picked up 16 more points this time last season, but have been a shadow of their seventh place finish - conceding an alarming 29 goals in the process.

The return of defender Tarkowski could be a huge boost for the Clarets, who will be quietly hoping Wednesday's game will come too soon for the opposition's key players.

With one home win all season, Dyche will be looking for an immediate reaction after recent defeats to Palace and Newcastle.

Several players on the fringe of Klopp's 11 will look to impress ahead of regular starters - including the likes of Alberto Moreno and frontman Sturridge. Tipped to be a tight clash, Liverpool may just keep their unbeaten start intact.