Wolves welcome Chelsea to Molineux for midweek Premier League action looking to get their season well and truly back on track.

Chelsea, meanwhile, bounced back from their disappointing defeat to Spurs last week with a win, beating Fulham 2-0 at Stamford Bridge in a tense west London derby to move back up to third in the table.

Both sides will be keen for maximum points in this one, and it should be an interesting clash between two sides who have seen their respective manager's stock rise sharply this season. ​Wolves have no injury concerns ahead of this one, but will have one notable absentee in the heart of their midfield through suspension. Portuguese superstar Ruben Neves is the player in question, and he misses out after picking up his fifth yellow card of the season against Cardiff.

For ​Chelsea, Ross Barkley is likely to return from a minor knock he picked up last week, but otherwise Maurizio Sarri has a full strength squad at his disposal.

That said, both teams will likely make rotational changes in order to preserve player fitness ahead of a busy month.

Wolves and Chelsea have met 105 times, with their records separated by fine margins. Chelsea have won 41 times, Wolves are just behind on 38 wins and the shares have been spoiled on 26 occasions.

Wolves have beaten the Blues just once in their last 11 meetings though, a run that dates back to 1994. That victory came in January 2011, when a Jose Bosingwa own goal gave Wolves a 1-0 win over the then reigning Premier League champions.

Their last meeting came last year, when they met in the fifth round of the FA Cup. Chelsea won 2-0 at Molineux thanks to goals from Pedro and ​Diego Costa, eventually going on to reach the final.

Wolves are in dreadful form, with the visit of Maurizio Sarri's side coming at the worst possible time. ​

The defeat to Cardiff City​1-0 win over Crystal Palace 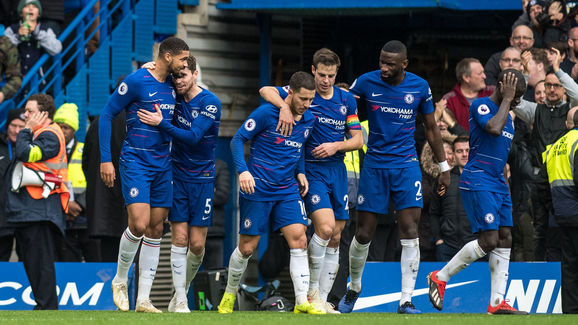 Chelsea on the other hand have bounced back brilliantly from the painful defeat to London rivals Tottenham with back-to-back wins. The Blues defeated both ​PAOK on Thursday and ​Fulham on Sunday at Stamford Bridge, scoring six goals in the process of keeping two clean sheets. 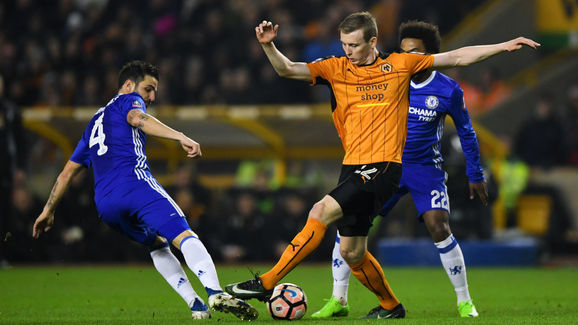 Wolves need to get back to winning ways soon, and the Christmas fixture pile-up will likely provide afford them plenty of opportunities to do just that. Ending that torrid run against Chelsea looks like a big ask though, with the Blues brimming with confidence despite their recent blip against Spurs.

Sarri's men will look to make it three wins on the bounce on Wednesday, and with the squad at full strength it seems likely that their destiny is very much in their own hands. With Manchester City travelling to Stamford Bridge on Saturday, a win here would be the perfect tonic heading into one of the biggest tests of the season.