Exclusive: Ralph Hasenhuttl is Southampton's preferred choice to replace Mark Hughes. Club hoping to appoint ahead of Cardiff game on Saturday. Kelvin Davies in charge against Spurs on Wednesday. https://t.co/4CuYUaorKt

The Telegraph report that Hasenhüttl is Southampton's preferred choice and they hope to have him in place before the trip to Cardiff next Saturday.

Hasenhüttl is highly regarded around Europe for his track record with developing younger players alongside former Southampton head of recruitment Paul Mitchell at RB Leipzig. It was Mitchell who brought Mauricio Pochettino to Southampton in 2013, and he is a contender to take over as the club's new technical director after Les Reed left the post last month.

Hasenhüttl, who had previously achieved promotions with Aalen and Ingolstadt, was appointed as Leipzig manager after their promotion to the Bundesliga in 2016 and steered them to an unlikely second place finish in his first season in charge. 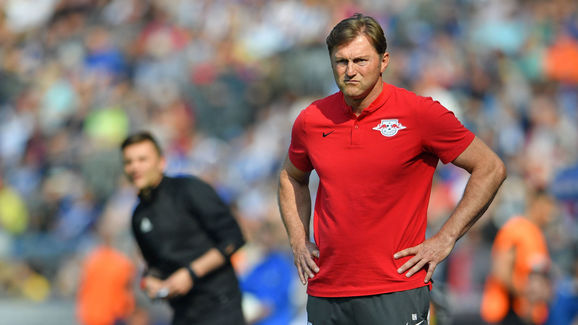 However, he left the club in May 2018 after a disappointing sixth place finish.