The Bavarians have slipped way off the pace in the Bundesliga this term under their new Croatian boss, with the champions nine points adrift of league leaders Borussia Dortmund in the league table.

​Bayern are currently fifth in the current standings and despite apparently recording a total revenue of €657.4m, the German champions spent modestly during the summer following the arrival of Kovac. However, as quoted by ​FourFourTwo, Hoeness insisted the club has agreed to invest in reinforcements “in rather grand style” next season.

“Because next year, the reservations that I previously mentioned regarding the somewhat older players who may then potentially retire, will no longer be there,” Hoeness added.

“The club will then have the room as well as the necessary capital to reinforce the team, so that we will be more than a match for every opponent in the Bundesliga and most international opponents. That must be the ambition.”

Bayern’s continued reliance on veteran stars such as Franck Ribery and Arjen Robben, coupled with an underwhelming summer transfer window in which Leon Goretzka’s free transfer was one of the only significant deals, has seen the champions struggle.

The Bundesliga side have failed to win in their last three domestic outings in what is a real signal of their struggles this term, but Hoeness was keen to reassert his confidence in the struggling Kovac as manager.

“We have a very, very good young coach who deserves a chance, and we should all give him our support,” Hoeness said of the 47-year-old Croatian.

Uli Hoeneß confirmed: @oliverkahn is favorite as next boss of @FCBayern

“I was well informed, there has been a close alliance between the team and the coach and there have been many discussions.”

Hoeness further added his assurance that, with the renewed spirit and belief among Bayern’s playing ranks, the Bundesliga giants will “do well this season and push on into the future at full power". 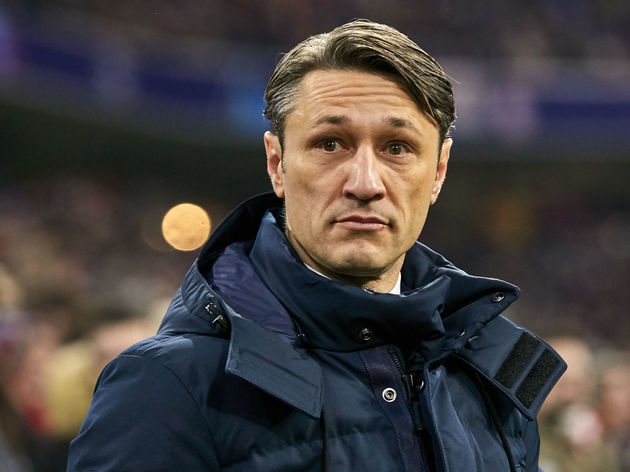 The next step in Bayern’s attempts to salvage their troubled season so far comes on Saturday, as the Bavarians travel to face Werder Bremen in a crucial league outing, with the hosts just three points behind the champions going into the match.