​Cardiff City manager Neil Warnock expressed how proud he was of his players after they ​beat Wolves 2-1 in the Premier League.

The Bluebirds came from behind to secure all three points, thanks to a close range finish from Aron Gunnarsson and a beautiful strike from Junior Hoilett. The win sees Cardiff move out of the Premier League relegation zone and up to 15th place.

Speaking to ​Sky Sports, Warnock said: “I was really proud of them tonight. We were 1-0 down at half-time - I didn't think we deserved to be, but that's how it was. I thought, second half, we were on the front foot, most of the time, really. 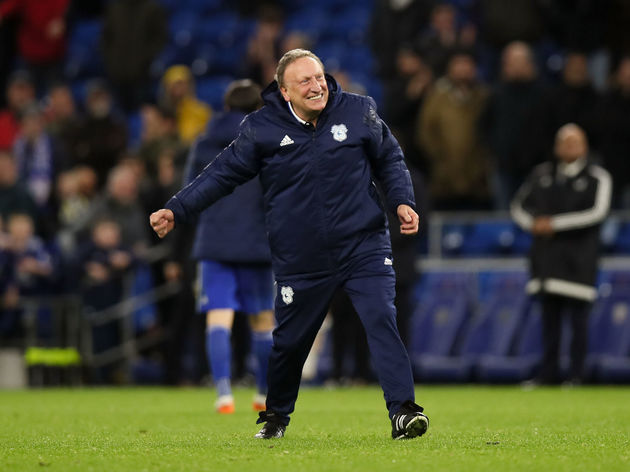 “I said at half-time, 'we're in the Premier League, let's have a go at them! Let's close them down, let's play in their faces’ and I thought we did that.”

Matt Doherty gave ​Wolves the lead after 18 minutes after finding some space to fire the ball home from a corner. Regarding his side’s defending, Warnock said: “They are all doing their best and you can't have a go, we've just got to work harder to make sure we defend even better.”

Aron Gunnarsson’s goal drew ​Cardiff level on the night, as he pounced on a loose ball in the box to equalise. It was redemption for the Icelandic, as he had earlier been at fault for his marking of Doherty as he opened the scoring.

Warnock also acknowledged Gunnarsson’s error, adding: “He knows he made a mistake; we'd just told him about Doherty pulling off and making sure to get the second ball but he's apologised.”

However, eventually it was Junior Hoilett who was the Bluebirds’ match winner on the night. The Canadian picked up the ball on the edge of the box and delicately curled it into the top corner, with Wolves goalkeeper Rui Patricio standing no chance.

Warnock was full of praise for Hoilett, adding: “That is a great goal and I think he showed - not just attacking but defensive-wise too - he did a great job tonight.” Cardiff are back in ​Premier League action on Tuesday, when they travel to London to face ​West Ham.