Cardiff City came from behind to grab all three points on Friday night, as they defeated Wolves 2-1 in Wales.

Matt Doherty opened the scoring after 18 minutes, as he pounced on a rebound from Raul Jiminez's header to give Wolves the lead. However, Cardiff got an unlikely lifeline back into the game when Aron Gunnarsson latched on to a loose ball to fire past Rui Patricio in the 65th minute.

The Bluebirds completed their remarkable comeback 12 minutes later, with a moment of magic from Junior Hoilett. Picking up the ball on the edge of the box, Hoilett hit the ball beautifully and curled it into the top corner.

The result sees ​Cardiff spring out of the relegation zone, as they rise to 15th in the ​Premier League. 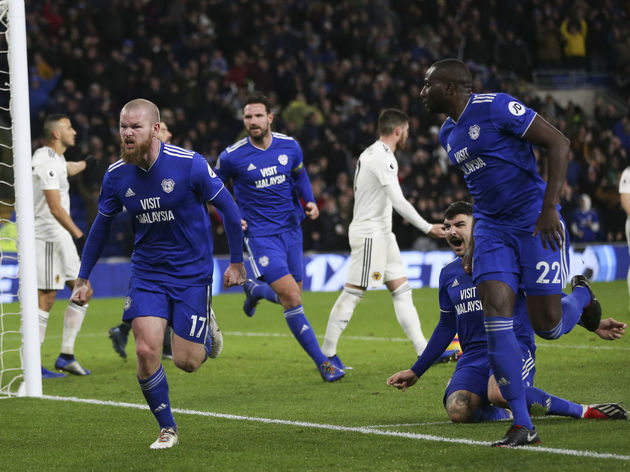 It was a strange performance from Cardiff, as for the majority of the game they were sloppy and second best to Wolves.

However, they picked themselves up in the second half, and scored twice in 12 minutes to snatch three points from the visitors. It was a much needed victory for the Bluebirds, as they move out of the Premier League's bottom three. STAR MAN - Although he was largely quiet throughout the game, it was Junior Hoilett's beautiful strike that won the game for Cardiff. His wonderful goal secured three crucial points for the Bluebirds, and ultimately he was the game's deciding factor.

WORST PLAYER - Cardiff midfielder Joe Ralls didn't have his best game, as he lost possession on several occasions. He wasn't so sharp on Friday night, and showed little promise for Neil Warnock.

A string of poor results continues for ​Wolves, who have now gone six games without a win. It was ultimately three points lost, as the visitors were the better team for the majority of the game.

They were superior to Cardiff but didn't seem like they wanted to score a second, which proved costly. Wolves just weren't good enough to see the result out, as Nuno Espirito Santo's side continue their dreadful form. STAR MAN - Matt Doherty was Wolves' standout player of the night, scoring his side's only goal. The defender celebrated his 200th league appearance for the club, although he was unable to make it a happy event.

WORST PLAYER - It was not Adama Traore's day, as he produced a poor performance for Wolves. A string of heavy first touches, poor passes and sloppy moves didn't help the winger's case, as he was eventually replaced with 17 minutes to go.

With the fixtures coming thick and fast in the Premier League, both sides are back in action midweek. Cardiff travel to London on Tuesday, as they face ​West Ham. They then have another home game on December 8, when they host ​Southampton.

Wolves face a huge challenge on Wednesday, as they welcome Maurizio Sarri's ​Chelsea to Molineux. They then travel up North on 9 December, as they play Newcastle United next Sunday.