Ramadan Sobhi's agent has played down suggestions that the winger could leave Huddersfield Town in the January transfer window.

Despite limited game time for the Terriers since his summer switch from Stoke, agent Nader Shawky has insisted that Sobhi is still wanted by his manager David Wagner.

Shawky also revealed that there have been no 'official' offers for Sobhi from Egyptian champions Al Ahly. In radio comments as quoted by Egyptian website KingFut, Shawky said: “Till this moment, Ramadan Sobhi is staying with his team. Al Ahly did not officially request the services of Sobhi till now.”

The statement comes amid links of Sobhi returning to the Cairo club, having spent 11 years there. The 21-year-old spent his entire youth career there, before playing in the first team for two years.

Following Al Ahly’s CAF Champions League final defeat earlier this month, club president Mahmoud El-Khatib promised a number of new signings. This included the possibility of a return for Sobhi, who left for the Premier League in 2016. “He is close to staying with his team in England and he’s looking forward to taking part in more games.”

An injury has largely kept Sobhi out of the ​Huddersfield team this season, as he missed six games through a knee injury. However, he has been struggling for game time even when he is at full fitness, totalling a mere 33 minutes this season.

Sobhi played 27 minutes in Huddersfield’s 3-0 defeat to ​Watford, and just six minutes in the 6-1 thrashing to ​Manchester City. Apart from that, he has been on the bench or not even been included in matchday squads. 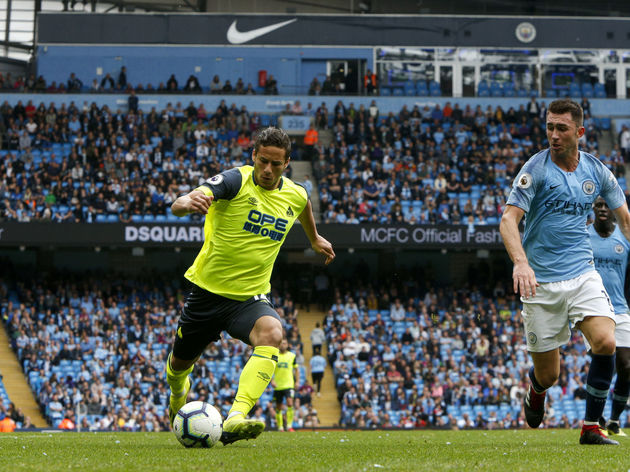 Huddersfield Town host ​Brighton in the ​Premier League on Saturday, before travelling to ​Bournemouth on 4 December.