Against the run of play, the Gunners took the lead in the 29th minute, as Jefferson Lerma had the misfortune of scoring a spectacular own-goal - sliding on to 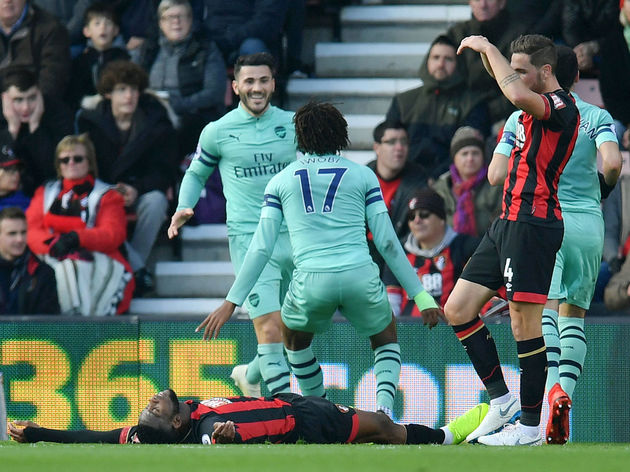 That's all from Vitality Stadium - and we're taking 3️⃣ points back to north London#BOUARS pic.twitter.com/sUs0WLljKE

The Cherries have often been criticised for - much like most of Michael Bolton's back catalogue - starting at such a high level of intensity that they can't maintain the same levels of energy throughout the match. As expected, Eddie Howe's side launched out the traps at the Gunners as their supporters roared them on - but yet again they went flat.

Controlling the game now. Bournemouth seem to have run out of steam, all that pressing in the first half mean tired legs now.

As soon as Arsenal regained the lead in the second half, both the Bournemouth players and supporters seemed to lose faith in their ability to claw their way back into the game. There's no doubting that the south coast side are thrilling to watch, but they need to pace themselves better if they're going to harbour hopes of challenging for Europa League qualification. 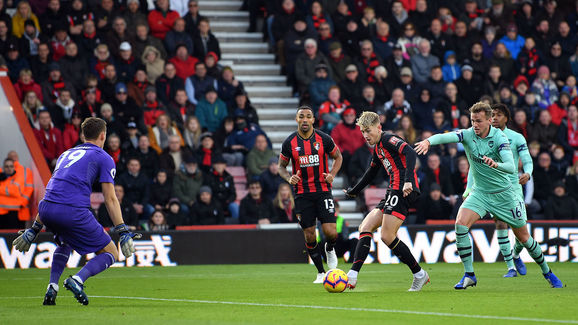 The Wales international is coming on leaps and bounds under Eddie Howe, whose bravery in putting his faith in the relatively inexperienced youngster is starting to pay off. The 21-year-old was unlucky to stray offside when he netted in the first half, and his perfectly weighted assist for Josh King's goal showed his impressive composure when under pressure.

Here's how the former Sheffield United man's performance went down on social media:

David Brooks is a MASSIVE talent man what a player

Having already scored a mesmerising own-goal in the first half, Lerma nearly gifted Arsenal a another goal midway through the second half after a wild back pass. He then gave away a cheap free kick from which the Gunners scored the winner. A day to forget for the Colombian, whose rash decision making cost his side dearly.

Arsenal experimented with a back-three for the first time under Unai Emery, and this looked like a disaster in the making early on, as Hector

Seems like Emery has realised that our full-backs can’t defend so he has switched to a back three. Sensible decision in my opinion.#BOUARS #Arsenal

Emery is clearly determined to play out from the back, and having an extra man in the backline certainly makes this more manageable. Leno is clearly a better distributor of the ball than Petr Čech, and his ability to pick out a pass will prove invaluable to his side as they look to continue their promising start in the post-Wenger era. Sokratis has got to be a top 5 cb in the premier league. What a bargain

Sokratis has to start the NLD, he'd bully Kane 

Sokratis shows great strength to see the ball run out for a goal-kick, then celebrates with Mustafi and Holding. Love that about him. Proper defender.

The Nigerian winger endured a frustrating Sunday afternoon, continually failing to produce a satisfactory end-product. Much like his predecessor Theo Walcott, Iwobi seemed to make all the right moves before stuttering and faltering at the final hurdle. With just one Premier League goal this season, the 22-year-old needs to start working on his endgame.

The Cherries will look to bounce back next weekend when they face the daunting task of taking on Pep Guardiola's merciless Manchester City side. The Citizens have looked red hot of late, and Eddie Howe will need to come up with a masterplan if his side are to thwart the Premier League champions.

Emery's men are in Europa League action next week against againstbuoyantmoodanticipated