Leicester City had Jamie Vardy to thank as they came from behind to earn a draw against Brighton, despite being down to ten men for the majority of the game.

Brighton took the lead through their veteran star striker Glenn Murray when he glanced home from an Anthony Knockaert corner inside 15 minutes.

The game then looked to have turned completely in the Seagull's favour when Leicesters England international James Maddison was sent off. The young midfielder showed his lack of experience when receiving a second yellow card for simulation just two minutes after being booked for a cynical foul on Knockaert.

However, the Foxes rallied in the second half and came back thanks to Vardy who changed the game when he came off the bench. The former England striker scored from the penalty spot to earn his side a point after Beram Kayal had fouled Kelechi Iheanacho inside the box. Here is 90min's breakdown of this clash.

The penalty given away by Beram Kayal cost Brighton dearly in a game that they had dominated for large periods, and one they really should have won. 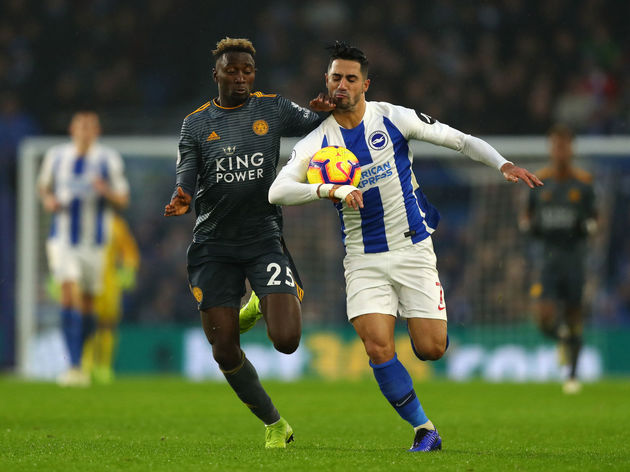 The midfielder was rash when diving in on Kelechi Iheanacho inside the penalty area and it proved costly as they saw Jamie Vardy smash home the penalty into the top corner.

A piece of poor discipline that his manager Chris Hughton will be furious with in a game he will be left bemused at how they had managed to give away the chance of three points.

The veteran striker has often been the key man for the Seagulls this season, and proved to be key for them again with another important goal. The 35-year-old striker now has seven goals this season with only ​Man City striker Sergio Aguero having scored more than Brighton's main man. The Israeli midfielder gave away the penalty which allowed Leicester the chance to get back in the game through Jamie Vardy.

He was rash and showed poor decision making to needlessly dive in and foul Kalechi Iheanacho in the penalty area.

While the red card to James Maddison was a big talking point in the game, his immaturity showed when he received a second booking for simulation. 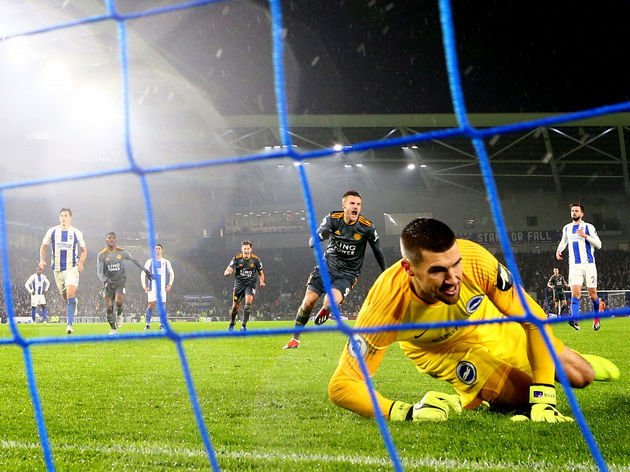 However, it will be Jamie Vardy that is the man on everyone's lips after this one. His introduction to game transformed his team and he led them from the front dragging them through to earn a point when they were down to ten men and had played poorly up until he made his entrance.

The former England man was crucial and his manager Claude Puel will delighted to have risked him with his injury doubts when he saw the penalty buried into the back of the net. The England forward instantly made a huge impact and changed the game for Leicester when he came on.

He gave them pace and quality in attack and with the ​Brighton defence having a torrid time against him.

He hassled and harried Duffy and Dunk and finally made Leicester look dangerous and enabled them to impact on the game. He was eventually rewarded for that work when he got his chance from the penalty spot, and rifled it into the top corner of the net with confidence. The England international had an afternoon to forget for his side just lasting thirty minutes before his poor judgement and lack of experience cost his side with that booking for simulation.

The cynical foul on Knockaert for his first yellow card could be forgiven as it stopped Brighton from counter attacking but a booking for diving in the penalty area just two minutes later was nothing less than stupidity. 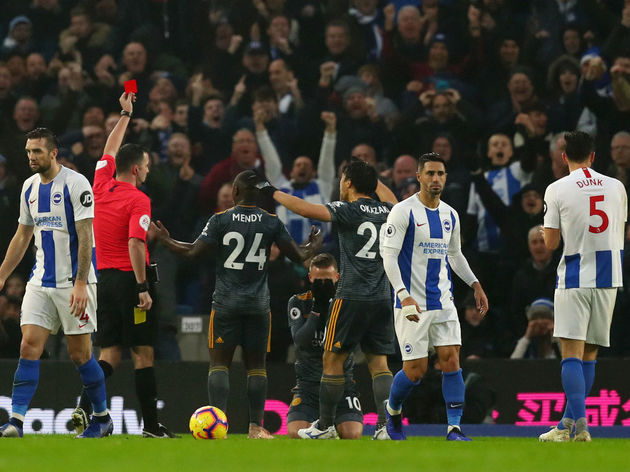