Manchester United turned in yet another dismal performance at Old Trafford as they stumbled to a 0-0 draw against Crystal Palace in a game that the away side will feel they could've won.

Despite the home side's early dominance, Palace would create the first clear cut chance on a dangerous counter attack. A neat interchange saw Max Meyer released, the German playing in Wilfried Zaha who cut the ball across for Patrick van Aanholt, only for the left-back to fluff his lines from just inside the box. Palace thought they'd taken the lead just before half time when a floated Milivojevic free kick found the head of Cheikhou Kouyate, who nodded beyond David de Gea, but his celebrations were cut short by the linesman's flag. Replays showed it was the correct decision, but United were once again riding their luck and Palace were full value for their point at half time.

The offside flag would deny the home side an opening goal just before the hour mark too, a Romelu Lukaku tap-in disallowed after his shoulder was adjudged to be in an offside position. Substitute Marouane Fellaini was lucky not to see red with 20 minutes to go after a dangerous tackle from the Belgian on Luka Milivojevic went unpunished. Just a couple of minutes later, Andros Townsend looked destined to give the away team the lead after a superb run past multiple United defenders, but the Englishman couldn't convert.

Despite the array of attacking talent on the pitch for the home side, they never looked like scoring, and the long ball routine late on was predictable and easy to defend against. Palace were good value for the draw and arguably could've taken all three points.

Watching Manchester United is a chore. There's no other way of putting it. This side lacks invention, the 4-2-3-1 with Pogba as part of a double pivot has been proven not to work and this was yet more evidence of it. Your most creative player cannot play this deep in a system, the passages of play are too predictable and the front four simply offered nothing. Mourinho is proving he can't create a style of football that can unlock a defence.

This was difficult. No United player played well, or even close to it. This is a game they deserved to lose, but if someone gave them a little bite in attack it was Romelu Lukaku.

The Belgian had a goal disallowed and was the closest thing to an attacking outlet United had all game. He had a superb header saved late on by Wayne Hennessey.

Part of a United back four which was incredibly fortunate not to concede, Ashley Young was given a torrid time when the ball was played into the flanks for Zaha to chase.

His delivery from set pieces, plus the number of times his crosses from open play failed to beat the first man, mean Young is given this *ahem* prestigious award.

In what looked to be more of a rigid 4-4-2 rather than a fluid one, Palace's buildup play was surprisingly impressive. Max Meyer was able to drift inside to cause problems and link up with Zaha when needed. 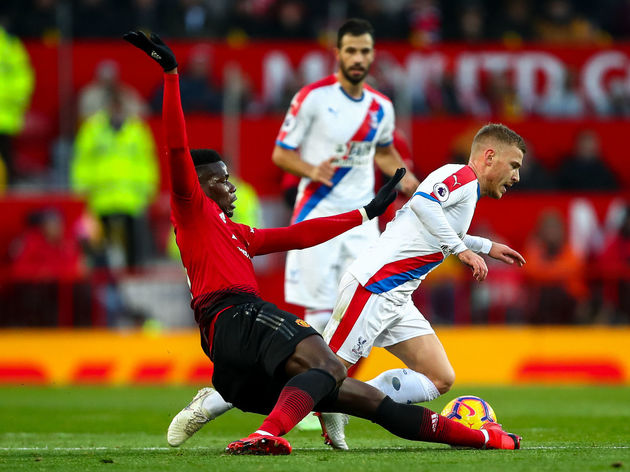 The problem remains the same for Palace however. Despite the intricate build up play, there's a lack of cutting edge. Any help that can be given to Zaha in the transfer window could make all the difference for this Palace side.

It's not difficult to see why Aaron Wan-Bissaka is so highly rated, he kept one of the league's in-form players quiet all game and didn't hesitate to offer width down the wing.

He looks equally capable in defence as he does when he goes forward, another excellent performance.

Cheikhou Kouyate is a defensive midfielder, so he was never going to be the greatest finisher, but the Senegalese man found himself in promising positions multiple times, only to miss chances. 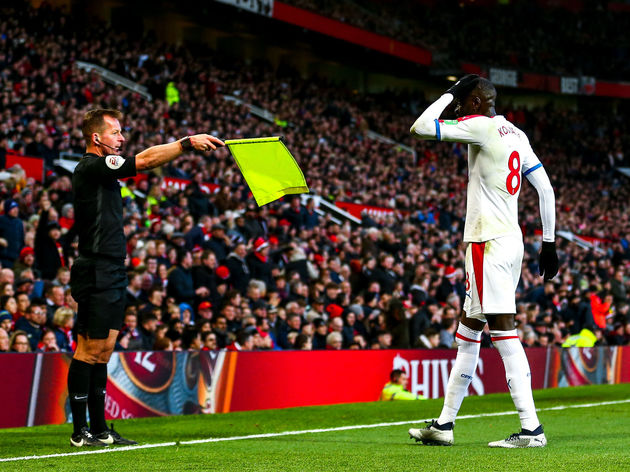 His defensive work was solid though, and he was a crucial part of a decent Palace performance.