Sky Sports pundit Don Hutchinson has said that recruitment is the biggest challenge faced by Tottenham chairman Daniel Levy, as he looks ahead to the January transfer window.

Hutchinson talked about the quality of players available at Spurs, yet struggled to pick out any specific weaknesses. However, he instead explained how that is the problem for the club’s chairman. 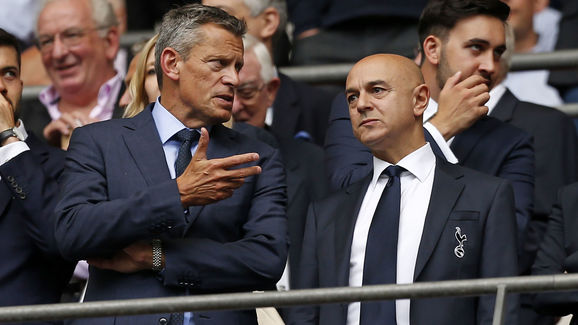 Speaking on Sky Sports’ The Debate, Hutchinson said: “Going forward there’s not really a problem and I think that’s probably the hardest thing if you’re Pochettino or Daniel Levy or even a Spurs fan when you analyse where you think you can strengthen.

“There’s not too many areas that you can actually strengthen in the first XI.”

Hutchinson was speaking about the form of some of Tottenham’s current stars. He was full of praise for many players, as he described the quality of footballers Mauricio Pochettino has to choose from. He said: “Someone like (Moussa) Sissoko is playing the best football he has been in a long time. There are one or two injuries that they must try and deal with but (the likes of) Harry Winks is playing good football.

“Top end of the pitch, ​Harry Kane is fit and scoring goals, Lucas Moura is playing well, ​Erik Lamela, we’ve seen a stronger side to him.”

Remarkably Spurs haven’t made a signing at all since deadline day in January’s transfer window. This came in the form of Brazilian winger Lucas Moura, who joined from PSG for £23m. Tottenham are fourth in the Premier League table, just a point behind London rivals Chelsea. They face the Blues in Saturday’s Premier League clash, before hosting Inter on 28 November in a must-win Champions League tie.