​Tottenham assistant boss Jesus Perez has spoken about what it’s like to work alongside Mauricio Pochettino, and how he is happy as his right-hand man.

The Spaniard has been with Pochettino at Spurs since 2014, having also been together at Espanyol and Southampton. Although Tottenham’s manager is usually the one to receive praise, the services of his assistant are also acknowledged. Speaking to Football.London about Pochettino, Perez said: “I feel part of his philosophy. It's completely different. If I'm here today it's not because of me. Of course I have some qualities, but it's because he wants me to be here. He takes me everywhere.”

Perez has been highly praised for his work at ​Tottenham, and has been tipped to one day be a manager. However, he dismissed these suggestions, insisting that he was keen to stay as Pochettino's assistant manager.

Responding to the possibility, he answered: “No, because I know where I'm coming from and I had 15 or 16 years experience before I started to work with [Pochettino]. Pochettino recently signed a new five-year contract at Tottenham, keeping him at the club until 2023.

While at Espanyol, Pochettino asked Perez for assistance with match analysis, which he says started their relationship. This help eventually moved to the pitch, as Perez was asked to join him in the dugout. 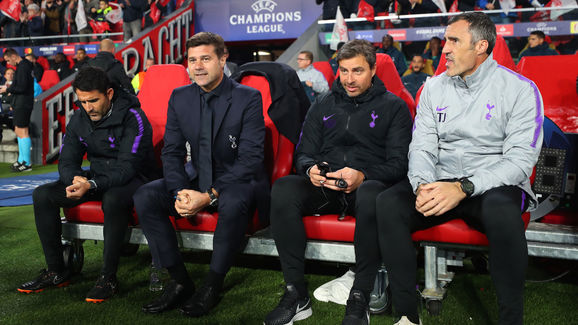 Perez stated that this was a big turning point in his career, saying: “That point changed everything. I tell him ‘You rescued me in football’. He laughs but I'd worked with 20 previous managers and I was in the stage in my life where I felt I had to do something.

“The last three or four years I didn't really enjoy my job. I was lucky to always get jobs after leaving university but I never knew what was there waiting for me.” Tottenham sit fourth in the ​Premier League, just one point off ​Chelsea. The two face off at Wembley on Saturday, before Spurs host Inter in the Champions League four days later.