Champions as recently as 2016/17, Chelsea have been a resurgent force so far in the current campaign after a poor title defence last season. And Hasselbaink credits Sarri with making a swift impact and changing the way the team plays after replacing Antonio Conte. 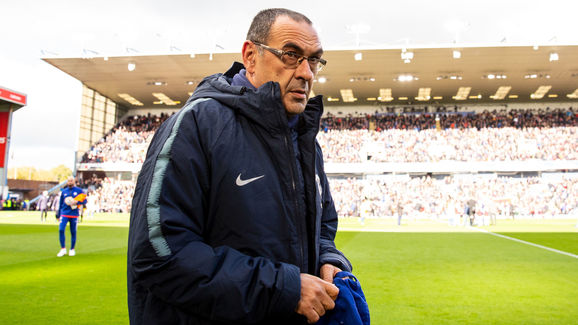 "If you're a top club like Chelsea you have to try and play dominant football. You know you're going to have the majority of the ball, 60, 70 per cent and much of that needs to be played in the opposition half to suffocate the opponent," said Hasselbaink, speaking exclusively to 888sport.

"It wasn't like that last year and the year before. The year they won the title it was through counter-attacking football and often the other team had more of the ball even at Stamford Bridge. You can win the league with what Chelsea were doing in the transition, but in the second season you have to see a progression and that wasn't the case.

"Sarri has come in and changed that straight away. It has happened a lot quicker than people thought it would. And they are improving too, very dominant and have the ball a lot. Because of that you're seeing the smiles back on the players' faces again as well." 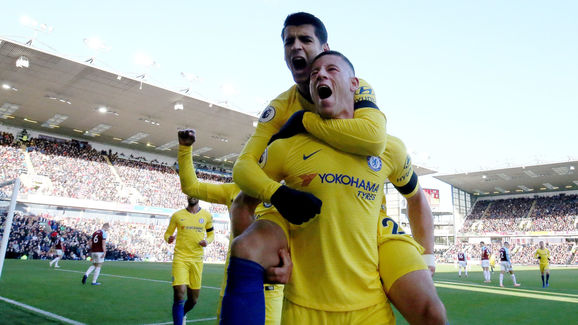 Despite admitting improvements are still needed, the two-time Premier League Golden Boot winner thinks Chelsea can challenge for the title more than Liverpool if they can stay within touching distance of champions and leaders Manchester City.

"I think Chelsea are still a little behind Man City. City have so much strength in depth and the Champions League is not affecting them. But if Chelsea can keep on improving and don't allow the gap to become bigger than it is now then you never know," he said.

"With Liverpool they are not as fluid as they were. I don't know if they have enough to keep on challenging City and maybe they're suffering a bit from coming out of a big group in the Champions League."

It will have to be a team effort, though, and Hasselbaink worries that star man Hazard needs more help from the rest of the squad, comparing the Belgian hero to Mohamed Salah in a trophy-less Liverpool side last season.

"For me it's a very bad thing if you become a one-man team," Hasselbaink commented.

"Hazard is magnificent and has been exceptional but if you look at last season with Liverpool, Salah scored so many goals and they became a one-man team as well. They didn't win anything.

"If you are a one-man team you won't win any trophies so others are going to have to step up. [The other Chelsea players] have to step up and help him."

Read the full 888sport interview with Jimmy Floyd Hasselbaink including his thoughts how Aguero and Lewandowski are Harry Kane's only equals.