After beating arch-rivals Bayern Munich prior to the international break, Borussia Dortmund return to Bundesliga action as they look to consolidate top spot with a victory against Mainz on Saturday.

Lucien Favre's side came from behind twice to win Der Klassiker and find themselves four points clear of second placed Borussia Monchengladbach. However, a tricky tie away at a defensively resolute Mainz side will prove to be another difficult test for the Black and Yellows as they embark on achieving their first league title since the 2011/2012 campaign. 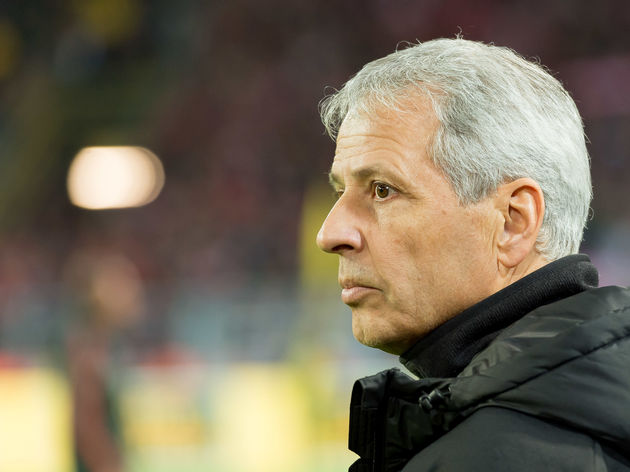 Check out 90min's preview for the game below.

​Dortmund are likely to be boosted by the return of first-choice goalkeeper Roman Burki who was ruled out of the ​Bayern game with a leg injury. After scoring the winner in that game, Spain international Paco Alcacer may have earned himself a starting spot this time around whilst English prodigy Jadon Sancho will look to continue his impressive form. Whilst Dortmund's victory over Bayern has captured the attention of most German fans, Mainz have been quietly picking up points this season and find themselves 9th after their first 11 games. Coming off the back of two successive victories, it is unlikely manager Sandro Schwarz will make any changes for Dortmund's visit, meaning promising young striker Jean-Philippe Mateta will continue to start up front.

Dortmund go into Saturday's game knowing that they have had the upper hand over their opponents in recent history. In the 24 ​Bundesliga games played between the two sides, Favre's men have won more than half, with 13 victories to their name. However, Mainz may take solace in the fact that in the 12 games played at the OPEL Arena between the two sides, the 05ers have avoided defeat in six of them. Whilst they lost 0-2 in the corresponding fixture last season, Schwarz's side have shown improvement this campaign and will be hoping to at least claim a point on Saturday.

Since the departure of highly-rated manager Thomas Tuchel to French giants Paris Saint-Germain in the summer, few could have expected the kind of form shown by the side this season. Lucien Favre's men remain unbeaten in the Bundesliga and occupy top spot in their Champions League group after some impressive results, including a remarkable 4-0 win over ​Atletico Madrid at the Westfalenstadion. After suffering defeat to Bayern in late October, Mainz have responded with two successive Bundesliga victories that has seen the side climb into the top half of the table. Even a disappointing second round exit in the DFB-Pokal to FC Augsburg has failed to dampen the mood as they look to secure a top-half finish in the league.

In the battle between Liverpool manager Jurgen Klopp's two former sides, it is difficult to see anything beyond a Dortmund victory on Saturday. A stunning comeback victory against Bayern has added to the feel-good atmosphere developing at the Westfalenstadion, and with their Bavarian rivals suffering a major dip in form, there is a belief around Dortmund that this could be their year. Thus, despite Mainz's own impressive start, expect Dortmund's in-form stars like ​Marco Reus and Jadon Sancho to stamp their authority and potentially go seven points clear at the top.