Liverpool have been handed a massive boost in their quest to qualify from their Champions League group, after Paris Saint-Germain duo Neymar and Kylian Mbappe came off injured in their respective international friendlies on Tuesday night.

Playing at Stadium MK in Milton Keynes, Brazilian Neymar managed just six minutes against Cameroon, before he was forced off after sustaining what appeared to be a groin strain, as reported by the​ Mirror.

The 26-year-old looked to be in some pain when it happened, attempting to hold back the tears, and stayed on the floor for a few minutes before he was eventually helped off the field by medical staff. The news was greeted with groans around the League Two side's arena, with fans gutted at losing the main attraction so early on, but those emotions will likely be contrasted on Merseyside.

Mbappe, meanwhile, was taken off during the first half of France's friendly with Uruguay in Paris after landing awkwardly on his shoulder. After a treatment from Les Blues' physio, the decision was made for Mbappe to play no further part - plunging his participation in doubt for PSG's crucial Champions League

Against expectation, Napoli currently top Group C, thanks to a superior head-to-head record against the Reds, who are joint-level on six points with the Partenopei. 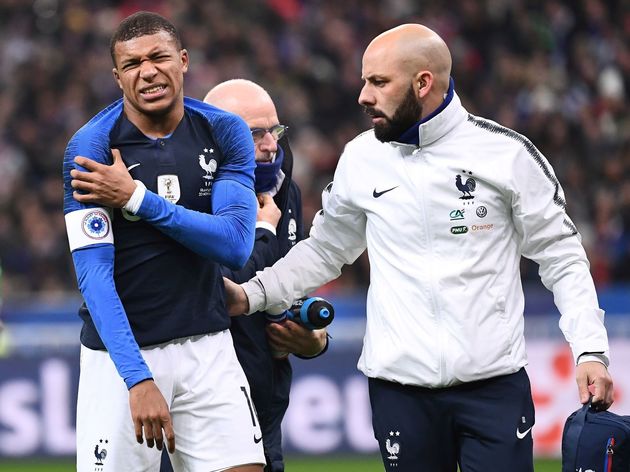 The English side, who remain unbeaten in the Premier League, ran out 3-2 winners the last time the two sides squared off in September, in what was a night of high drama. However, the reverse leg may now be without one of it's key protaganists.