England booked their spot in the inaugural Nations League finals in 2019 after a dramatic 2-1 over Croatia at Wembley on Sunday afternoon.

Two late goals from Jesse Lingard and Harry Kane turned the game around for England, in a result which also condemned Croatia to relegation from group A4. After just ten minutes, England had the first real opening of the match when Raheem Sterling was put through on goal, but the Manchester City forward could only direct his shot into the body of Croatia's keeper Lovre Kalinic. ​Harry Kane then bundled an effort over the bar from the resulting corner.

The chances continued to come for the hosts and they should have opened the scoring after Kane saw two goal bound efforts blocked - first by Tin Jedvaj and then by the scrambling Kalinic who was out of his goal after previously clattering into ​Sterling outside of his box.

Despite fashioning themselves a few more half-chances before the interval, England were forced to go into the break all square.

They began the second half brightly and, after some excellent wing play from Marcus Rashford, Sterling saw another chance saved by Kalinic at the near post.

However, for all their good work, England found themselves a goal behind just before the hour mark. Andrej Kramaric twisted the defence inside out before unleashing a tame effort, which took a cruel deflection off Eric Dier and beyond Jordan Pickford into the top corner.

A frustrating period of play soon followed, but England earned themselves a way back into the match with ten minutes left on the clock through substitute ​Jesse Lingard. Joe Gomez launched a huge throw into the box and, after some confusion amongst the Croatia defence, Lingard was on hand to pass the ball into the empty net. 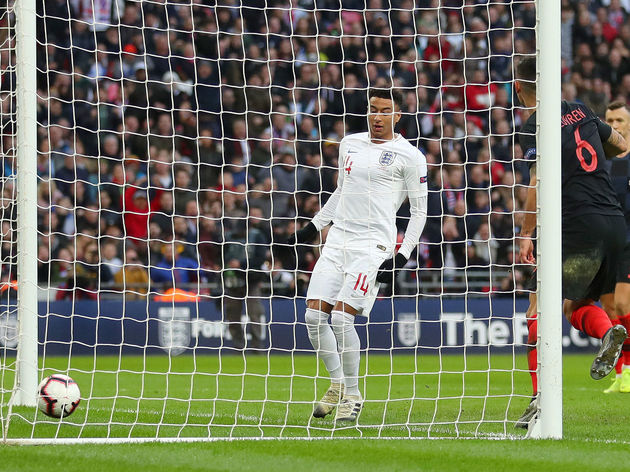 The action soon became relentless and, shortly after Lingard hooked the ball off the line at one end, Kane won the game for England in dramatic fashion. Ben Chilwell whipped in a delicious free-kick from the left flank and Kane stretched out his leg to poke the ball into the far corner, sending the Wembley crowd into delirium.

That proved to be the last action of an exhilarating affair, with the England defence holding firm in the final exchanges.

As soon as England's miraculous World Cup campaign was brought to an abrupt end by Croatia, questions immediately began to circle. Where do the Three Lions go from here?

The evolution from the fateful night in Moscow is plain to see. Gareth Southgate's men look far more comfortable in possession, the new additions to the squad have added an extra dynamic and confidence seems to be oozing right throughout the team. If England were more clinical they could have easily stormed to victory, which is very encouraging. England now have a fantastic opportunity to go and win themselves their first piece of silverware since 1966. Is it actually going to come home this time?

Star Man - Since scoring against Colombia in the round of 16 at the World Cup, Harry Kane had gone seven matches without finding the back of the net for his country.

He led the line admirably throughout and rose to the occasion late on when his team needed it most. He was heavily involved in the first goal and finished the second superbly.

It was one of his best performances for England and he may have silenced a few of the critics who suggest he doesn't deliver frequently enough for his country.

This is how it feels to score the winner for @England at Wembley... 😀#ThreeLions #England 🦁🦁🦁 pic.twitter.com/Z8P89qjEJO

⚽️ Harry Kane is the 23rd player to score 20+ goals for @England. He moves level with Martin Peters and Jermain Defoe pic.twitter.com/lcTX2EELSv

Who else but Harry Kane? What a player.

Anybody who doubts Harry Kane will always be made to look silly.

Worst Player - He's been enjoying a renaissance of sorts under Maurizio Sarri for Chelsea so far this season, but this was an afternoon to forget for ​Ross Barkley.

He looked a little lost in the middle of the park and seemed unsure of the role he was being asked to perform. England soon picked up the tempo when Dele Alli was brought on to replace him midway through the second half which serves to demonstrate the fact that Southgate was justified in replacing him.

Loosing possession is becoming synonymous with Ross Barkley. He needs to improve that aspect of his game.

After being trounced in their Nations League opener against Spain, the glory days looked to have passed Croatia by. Despite the narrow nature of the defeat, the truth is Croatia were never really at it. The high tempo game the became renown for during World Cup was non-existent and, if it weren't for some dogged defending at the back they could have been three behind before the break.

Relegation is harsh, but they proved themselves to be the weakest side in the group over the course of their previous four Nations League matches.

Star Man - There were very few stand out performers for Croatia, but Andrej Kramaric did a decent job up top, especially as he found himself starved of service for the majority of the match.

His goal was very well taken and he proved that he can step up to fill the boots of Mario Mandzukic, who has already retired from international duty.

KRAMARIC sat Stones down and froze Dier, unbelievable composure in the box. He trusts his technique. Hoffenheim actually developed both Firmino and Kramaric.

To be fair , what a goal by Kramaric

Worst Player - Ante Rebic looked exhausted in the first half and it came as no surprise to see him get replaced at half time.

Thursday's dramatic win over Spain clearly took it out of the winger and it may have been wise to give him a break in this one.

That was the last international action in 2018 for both sides. Both sides will get their Euro 2020 qualifying campaigns underway in March 2019, while England will take part in the Nations League finals in June.