David Ospina’s father has said that Napoli are keen to sign him permanently, with the goalkeeper currently on loan at the Serie A club from Arsenal.

Hernàn Ospina said that the Italian club are hoping to keep his son in Naples after his loan deal expires, following a strong start to the season for the Colombian.

Ospina’s contract contains a 30 game clause, which means if he reaches that number of appearances then Napoli would have to sign him permanently, as per the agreement. 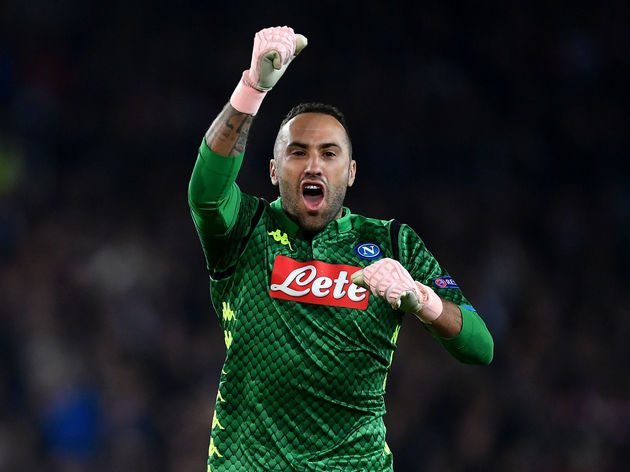 Speaking to Italian radio station Radio Marte, Hernàn said: “Yes, I hear it said here by all the media, Napoli want to keep him regardless of the 30 games.

“He is happy, has a good contract, is doing very well with the whole team and is at one of the best clubs in Italy.”

Ospina’s status at ​Arsenal took a blow after the summer signing of Bernd Leno from Bayer Leverkusen. He requested a loan move so he could gain proper playing time, joining Serie A side Napoli weeks later. Ospina has made 11 appearances this season for ​Napoli, keeping three clean sheets. He has featured in ​Serie A and the Champions League, where they sit second in both competitions.

Speaking about his son, Hernàn added: “He is very professional and dedicated to his job. He is a person who usually shares everything with us parents, and is a man who sacrifices himself for his team. He is a great boy and is focused on giving his best for Naples and his national team.”

Ospina joined Arsenal from Nice in 2014, following an impressive World Cup with Colombia that saw them reach the Quarter-Finals in Brazil.

Ospina was the second-choice goalkeeper at Arsenal last season, behind the experienced Petr Cech. Despite this, the Colombian made 21 appearances for the Gunners, keeping nine clean sheets across four competitions. Hernàn has big hopes for the Napoli goalkeeper, saying: “He is living a great moment. We believe he can become one of the best goalkeepers in the world, this is our hope."