Concerns over Liverpool star Sadio Mané's fitness have been eased, after a video of the forward leaving the pitch in tears following Senegal’s win over Equatorial Guinea sparked concerns among Reds fans.

Mané was clearly distraught at the final whistle on Saturday, despite the result. A ​video shared on social media showed the former Southampton forward, who has six goals in 11 Premier League outings in 2018/19, pulling his shirt over his head and dropping to the ground, as his teammates attempted to console him.

Senegal beat Equatorial Guinea 1-0 in their Africa Cup of Nations qualifying group, thanks to a Luis Meseguer own goal. Senegal had already qualified for next year’s tournament, which will be held in Cameroon.

⚡Sadio Mane is our fourth #BBCAFOTY nominee for 2018!

Mane plays for @LFC and for Senegal’s national team.

Mané was reportedly booed off by Senegal supporters following a poor performance and a string of missed chances, which is what apparently reduced him to tears. There were some fears that this reaction was due to an injury, although he had played the full 90 minutes.

However the Senegalese media quickly allayed these concerns, with Metrodakar claiming that the tears were purely a result of frustration.

Fans in his native Senegal have been frustrated with Mané, as he is unable to replicate his ​Liverpool performances for the national team. He has scored seven goals for the Reds this season in all competitions, as they sit second in the ​Premier League. 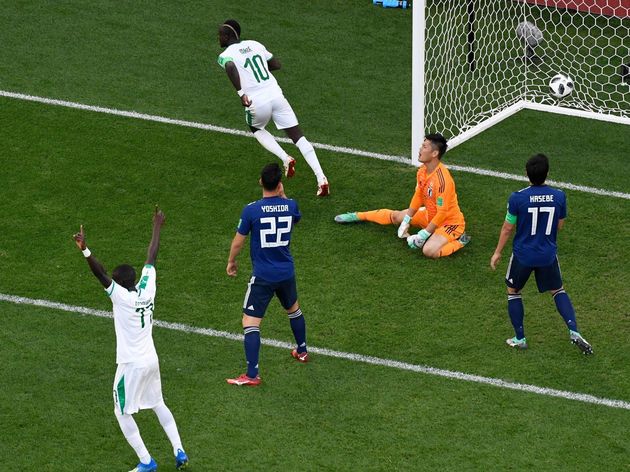 Mané has played 57 times for his country, scoring 15 goals during his six years with the Lions of Teranga. However he is yet to score in their qualifying campaign, with his last goal coming in Senegal’s 2-2 draw with Japan at this summer’s World Cup.

Mané has also been ​nominated the BBC's African Footballer of the Year 2018, alongside Liverpool teammate Mohamed Salah.