The midfielder has spent the last six seasons with Porto, but his contract is set to expire next summer, leading to a number of clubs circling for his signature.

According to Portuguese news outlet Record, Arsenal, Palace and Tottenham are the latest clubs in a long list to 'declare' their interest in Herrera, with the Mexican has also allegedly attracting interest from Serie A giants Inter and Roma. With his current deal expiring in the summer, Herrera would be free to negotiate with other teams in January with a view to a summer transfer.

Herrera has been a key fixture in the Porto side this season, making 14 appearances across the league and Champions league and scoring three goals in the process. Herrera was also part of the Mexico side that competed at the World Cup in the summer, and he was influential during the side's victory over Germany in the group stages.

He could be on Arsenal's radar as a potential replacement for Aaron Ramsey, with the Gunners having withdrawn from contract talks with the Welshman. Tottenham, meanwhile, could be looking for a midfield addition of their own, with concerns growing over the fitness and form of ​Mousa Dembele. 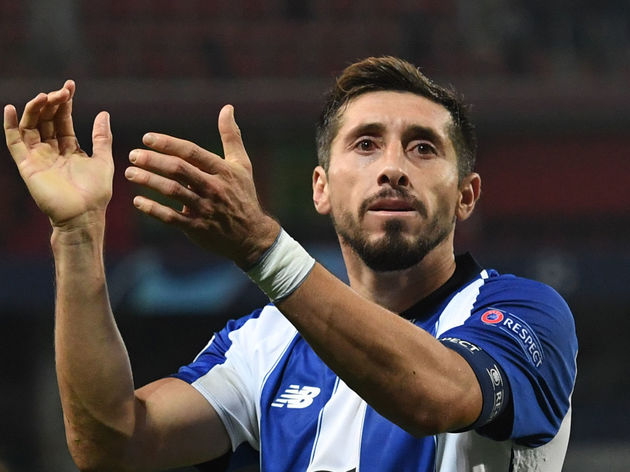 Roy Hodgson's Palace need additional quality and experience in their midfield ranks - and Herrera would certainly tick all the boxes as the Eagles look to elevate themselves to the next level.

At 28, Herrera has entered the prime of his career and this could be his last chance for a major European move. His energy and toughness in the tackle could see him thrive in the Premier League, but whether or not he ends up in England remains to be seen.