​Premier League clubs have reached an agreement 'in principle' to introduce Video Assistant Referees (VAR) into the competition from next season onwards.

Back in April, clubs voted against introducing VAR for the 2018/19 season after some shaky trials of the technology in selected EFL Cup and FA Cup ties.

However, VAR was implemented to a generally positive reaction at the 2018 World Cup, and is now used in all the other 'big five' European leagues. It was implemented in the Bundesliga and Serie A last season, followed by La Liga and Ligue 1 a year later.

BREAKING: @premierleague clubs agree in principle to introduction of VAR from next season. #SSN pic.twitter.com/cEn0mTXyg7

The Premier League met with shareholders on Thursday to discuss ongoing 'non-live' VAR trials, and has confirmed that it will formally submit a request to use the technology in the 2019/20 season.

"The League will now formally make a request to the International Football Association Board and FIFA to use VAR next season," they said in a statement, quoted by Sky Sports News.

This news is timely, coming five days after ​Southampton manager Mark Hughes called for technology to be introduced following the controversial decision to disallow a Charlie Austin goal in their draw with Watford. 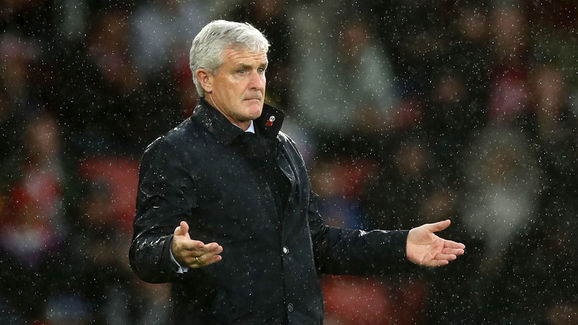 While Austin raged at the officials, Hughes admitted that they 'needed a bit of help', echoing the sentiments of many Premier League managers who believe VAR is overdue.

The week before, a Sadio Mane goal was chalked off for a debatable offside in ​Liverpool's 1-1 draw with ​Arsenal at the Emirates Stadium.

VAR will also be introduced to the Champions League from next season, although UEFA are in talks to fast-track it into the knockout stages of this year's competition.