Manchester United defender Chris Smalling has caught the eye of Everton boss Marco Silva and could move on a free transfer at the end of the season. Smalling is currently holding talks with United over a new contract rumoured to be worth £90,000 a week, but could make a move to Everton as soon as January.

The former Fulham star has made a solid start to this year's campaign, playing 10 games in the Premier League for Jose Mourinho's Red Devils. Yet with United already twelve points behind their rivals Manchester City, Mourinho may look to bolster his team's defence in the January transfer window, having conceded 21 goals so far this season. The Sun report that Everton have been sending scouts to monitor Smalling's form on a number of occasions this year.

One potential spanner in the works is a club-defined one year contract extension in Smalling's contract, which United are likely to trigger, but Silva could make a move for the England international even in that instance – although if the Toffees were to prise away Smalling, they may have to reach United's price tag of £30m.

Arsenal are thought to be interested in buying the central defender too, having previously been linked with a move last season. The Gunners have been without defenders Laurent Koscielny and Konstantinos Mavropanos for the majority of the season, with both players suffering from long-term injuries. 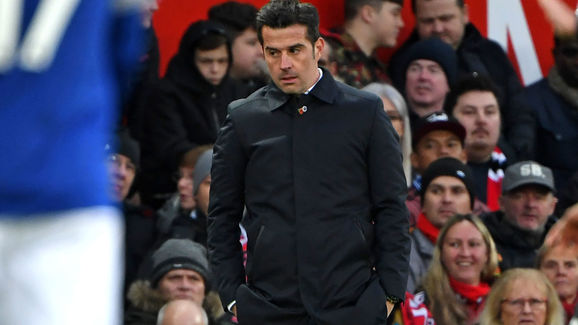 Unai Emery therefore may look towards signing Smalling to provide competition for the likes of Sokratis Papastathopoulos and Shkodran Mustafi, challenging ​Everton to the signing of the United star.