Newcastle loanee Dwight Gayle could be set for a return to St James' Park next summer after rediscovering his goal-scoring touch at Championship side West Brom.

After scoring an exquisite back-heel last Friday to seal a 4-1 win against Marcelo Bielsa's Leeds United, Gayle took his tally for the season to nine goals. 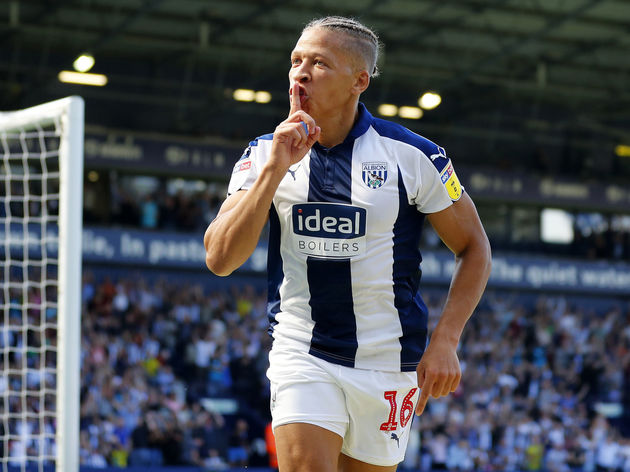 Whilst the striker has enjoyed a blistering start to life at the Hawthorns, the ​Chronicle report that the door remains open for Gayle to potentially head back to ​Newcastle and resume his career on Tyneside.

The report adds that Newcastle refused to place a buyout clause in the deal they negotiated in August, and that Gayle himself is receptive to the idea of plying his trade back in the ​Premier League.

Darren Moore's ​West Brom side are fighting for promotion this season after dropping out of the top-flight in May, with Gayle's goals in particular seeing the Baggies currently occupying a play-off spot in the ​Championship.

The 28-year-old's contract with the Magpies expires in 2021 and it is understood any permanent move for the striker from West Brom is entirely dependent on the Baggies achieving promotion this season.

After signing in a £10m deal from ​Crystal Palace in 2016, Gayle scored 23 goals in the Championship in his first season at Newcastle to help the club regain their Premier League status. However, after struggling for form last season, Rafa Benitez permitted the striker to leave the club on loan where he has now seemingly rediscovered his goal-scoring touch.​